Youth Day: How many MPs Qualify?

Saturday, 16 June 2018, marks Youth Day and an ideal opportunity to reflect on the ages of our Members of Parliament. In South Africa, our definition of youth is someone under the age of 35 . We are often told that SA has a young population so it is worth reflecting on the age composition of Parliament and if this is reflected in this body.

Becoming an MP can be a complex and difficult journey. In many respects, the job is viewed as one which requires experience. It could be argued this naturally favours older people. South Africa's Parliament, particularly the ANC benches, frequently face criticism for the majority of their caucus comprises of older Members, especially compared to the opposition. This was seen during the 2018 Youth Day debate in the National Assembly where, in his straw survey, Honourable Hlengwa found most of the MPs falling within the youth category were found on the opposition benches – is this accurate?

The Parliamentary Monitoring Group obtained the birthdates of all current Members of Parliament, with the exception of Ministers and Deputy Ministers. The importance of youth in representative politics and the scarcity of information on the ages of Members in Parliament in South Africa, led PMG to conduct this mini-study.

From the data collated, PMG has found that the average median age of Members of Parliament is 54 years.

Statistically, the DA has the largest number of young MPs between 25-35 but is outperformed by the EFF and IFP proportionally. 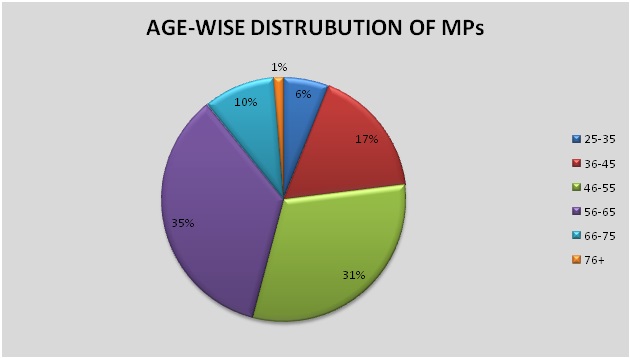 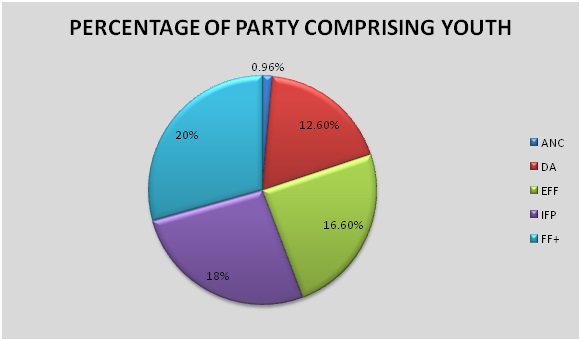 Of the 23 MPs falling within the category of youth, the breakdown by gender is promising, 13 of the MPs are female and 10 are male. 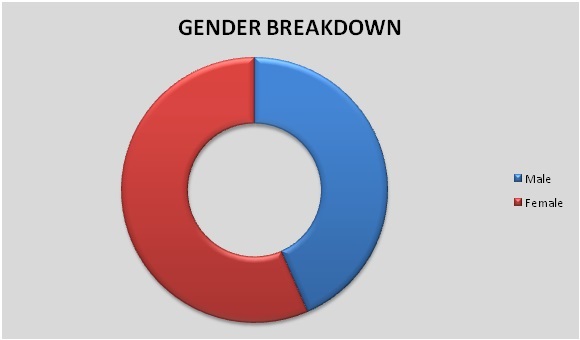 Interested in who some of our young MPs are? Let’s look at the youngest MPs per party: 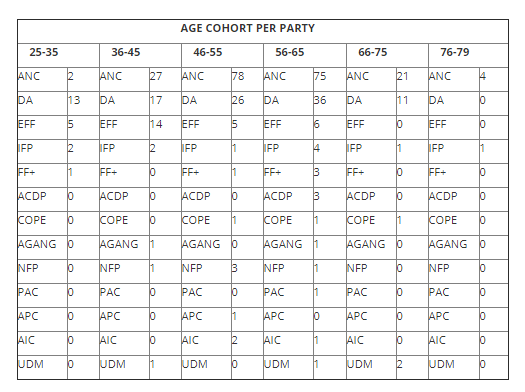 How does this fare against international trends?

In the 2016 youth participation in national parliaments study, the Inter-Parliamentary Union found:

Will the Sixth Parliament be younger? Will the number of new, inexperienced Members be higher than in 2014? The IPU says that there is an urgent need for action to address underrepresentation of youth in the membership of legislatures. This is not self-correcting problem but requires active measures for change.

PMG will continue to collect systematic data on the age of parliamentarians to assess progress made.

*This information is based on data obtained in April 2018 and excludes Ministers and Deputy Ministers.