Women Representation in the Sixth Parliament

Also, for the first time in South Africa’s history, women now make up half of the government's cabinet under Cyril Ramaphosa’s term as president.

Phumzile Mlambo-Ngcuka was the first woman to ever serve as the Deputy President from 2005 to 2008 in the history of South Africa. And since then, no other woman has occupied the position.

Global data by the World Bank in 2019 shows that South Africa falls within the top ten of countries with the highest proportion of seats held by women in national parliaments, tied with Andorra and Costa Rica. South Africa exceeds the global average of 24,62%. Rwanda continues to take the lead with 61% of seats, and Bolivia and Cuba have 53% of seats occupied by women.

Below we illustrate the representation of Women in Parliament from 2004 to 2019. This is an update from the Fifth Parliament which People’s Assembly published in 2017.

Representation matters, so what is gender equality?

In recognising that Gender Equality matters, below is a breakdown of two forms of equality.

According to the National Policy Framework for Women's Empowerment and Gender Equality, gender equality refers to a situation where women and men have equal conditions for realizing their full human rights and potential; are able to contribute equally to national political, economic, social and cultural development; and benefit equally from the outcomes. It recognises that equality cannot be understood in simplistic terms - men are equal to women or that if you treat everyone the same it will lead to equality. Rather, it means that equality should include both formal equality and substantive equality. 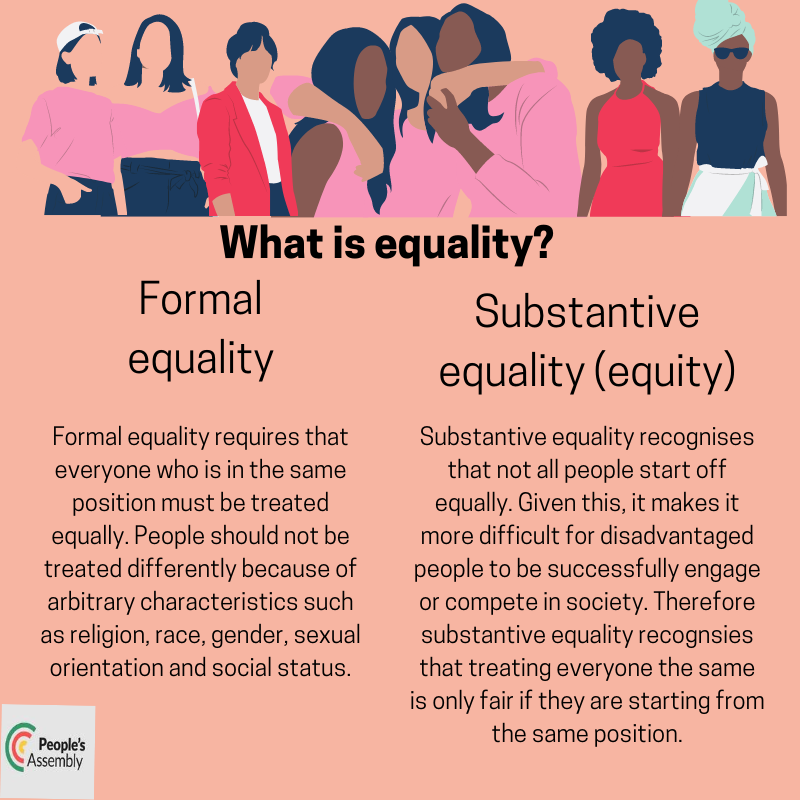