Why is there a focus on professionalising local government? 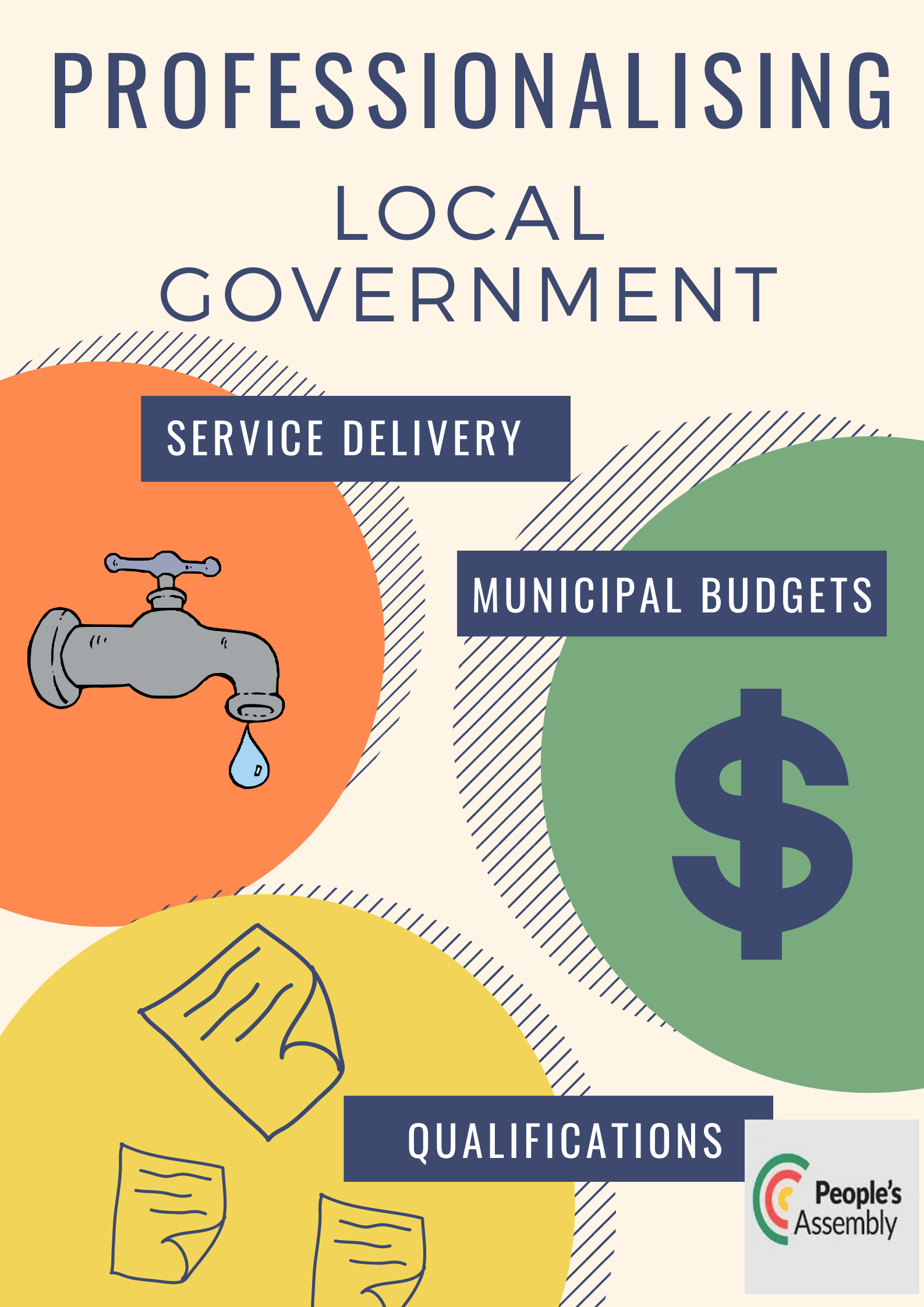 Access to basic municipal services is a right enshrined in Section 152 (1) of the Constitution. The Constitution states that the purpose of local government is to provide a democratic and accountable government to local communities; to ensure the provision of services to communities in a sustainable manner; to promote social and economic development; to promote a safe and healthy environment; and to encourage the involvement of communities and community organisations in the matters of local government.

In recent times, there have been efforts from organisations such as SALGA, and some political parties pushing for the professionalisation of local government. They have raised concerns about the glaring number of public servants who are unqualified for the positions they occupy, the state of municipalities and the rise in service delivery protests in many communities across the country.

In addition only 53.7% of senior managers have achieved minimum competency levels to effectively fulfill their roles in municipalities. Recently, the Auditor-General - Tsakani Maluleke - reported that municipalities spend a considerable amount on consultants to close critical skills and capacity gaps.

Even President Cyril Ramaphosa agrees. In his 2021 State of the Nation Address (SONA), he stated, “The public service is at the coalface of government, and lack of professionalism doesn’t just impact service delivery; it also dents public confidence”.

Over 160 municipalities in South Africa experience some form of financial distress, and this directly affects the ability of municipalities to deliver on services to communities. These challenges are largely due to maladministration and misuse of municipal funds. According to the audited Financial Statements for 2018/19, outstanding municipal debt stood at R132,9 billion, and this amount exceeded the total budgeted amount of R114,9 billion allocated to local government in that financial year.

But, what does professionalising local government mean?

The National Implementation Framework towards the Professionalisation of the Public Service suggests that professionalising local government means having a Public Service that is non-partisan. This means that working as a public servant should not depend on whether you have an affiliation to a political party. An appointment as a public servant should be based on a meritocratic system, where people are appointed based on competency and qualification. Simply put, for local governments to offer efficient municipal services within the allocated budgets, the appointment of public servants must be depoliticised.

Currently the government uses the Municipal Regulations On Minimum Competency Levels 2007 to determine whether a municipal official has the necessary competency to fulfill his or her duties.[7] The regulations prescribe the minimum requirements for each position – with a number of the senior positions requiring at least a NQF level 7, equivalent to a Bachelor’s Degree or an Advanced Diploma.

So how must this be done?

According to chapter 13 of the National Development Plan (NDP), “the public service should attract highly skilled people and cultivate a sense of professional common purpose and a commitment to developmental goals”. The NDP further suggests that South Africa needs a two-pronged approach to building a more professional public service from the senior to lower management of government. Also it should aspire to “increase the pool of skilled people by ensuring that the public service and local government become careers of choice for graduates who wish to contribute to the development of the country”. This is why, government needs to ensure that the appointment of municipal officials is done with strict adherence to the Municipal Regulations On Minimum Competency Levels 2007.

But according to Dr Paul Kariuki (Executive Director of the Democracy Development Programme), improving local government cannot only be done by professionalisation, if there is no political will to change the status quo. In this Daily Maverick piece, he argued that in addition to professionalising local government, there should be a shift in the way local government conducts service delivery, and this shift can only be promoted by a change in political will. This shift should consider improvements in operational efficiency, attitude and behavioural changes towards service delivery. And, corruption must be “stamped out”.

It is not enough to have people with the right technical skills, they must also have integrity and be committed to serving their communities.

Why does professionalising local government matter?

At the local government level, municipalities contribute directly to economic growth by providing a range of essential services to households, businesses, industries and institutions such as schools, old age homes and hospitals. Basically, they deliver your basic services. Furthermore, it ensures that poor people are registered on the indigent register so that they can access free or subsidised municipal services, which ultimately alleviates poverty.

It is at this level of government where you, as a citizen, reap the benefits of the democratic process. Professionalising local government is an important and necessary step to improve service delivery.