I am passionate about building a non-racial South Africa where everyone can become everything that they are capable of becoming. 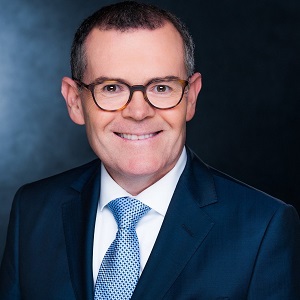 I joined the DA in 1995. I was a community activist in Johannesburg. I was building my career in the financial services. I was Chairperson on the DA branch in Sandton when I was elected Councillor in the City of Johannesburg in 2006. I was then elected to parliament in 2008 when Douglas Gibson vacated his seat to become SA Ambassador to Thailand. I joined the DA because I am a liberal and believe in building a non-racial South Africa for everyone.

I represent the people in the Standing Committee on Finance and speak in on their behalf in the National Assembly. I am my Party’s Member of Parliament for Knysna. I enjoy the challenge that comes with fighting poverty, unemployment and inequality. I enjoy knowing I’m contributing to my country’s successful future.

We want to hold the Executive effectively to account and drive the DA vision for one South Africa for all. We do this in every Committee.

What obstacles prevent Parliament from doing its work and how would you fix it? The Executive answers questions evasively and is not properly held to account. This will be fixed when the DA governs South Africa nationally.

Definitely not. The governing Party has no political will to hold the Executive to account. It will only change when the DA governs.

No I am not happy with the system and support electoral reform. This should include the people directly electing representatives.

There are mechanism for the people to be involved in Parliament but they don’t. If the people’s input was taken more seriously and impacted directly on the legislative process, people would become more involved.

I am passionate about building a non-racial South Africa where everyone can become everything that they are capable of becoming. Personally, I want to look back one day and see the contribution, however small it might be, I made in making South Africa the best it is able to be. Let’s get over our fixation with race and build an inclusive South Africa for everyone.