After several intense weeks, there is a slight lull in the parliamentary agenda for the coming week. 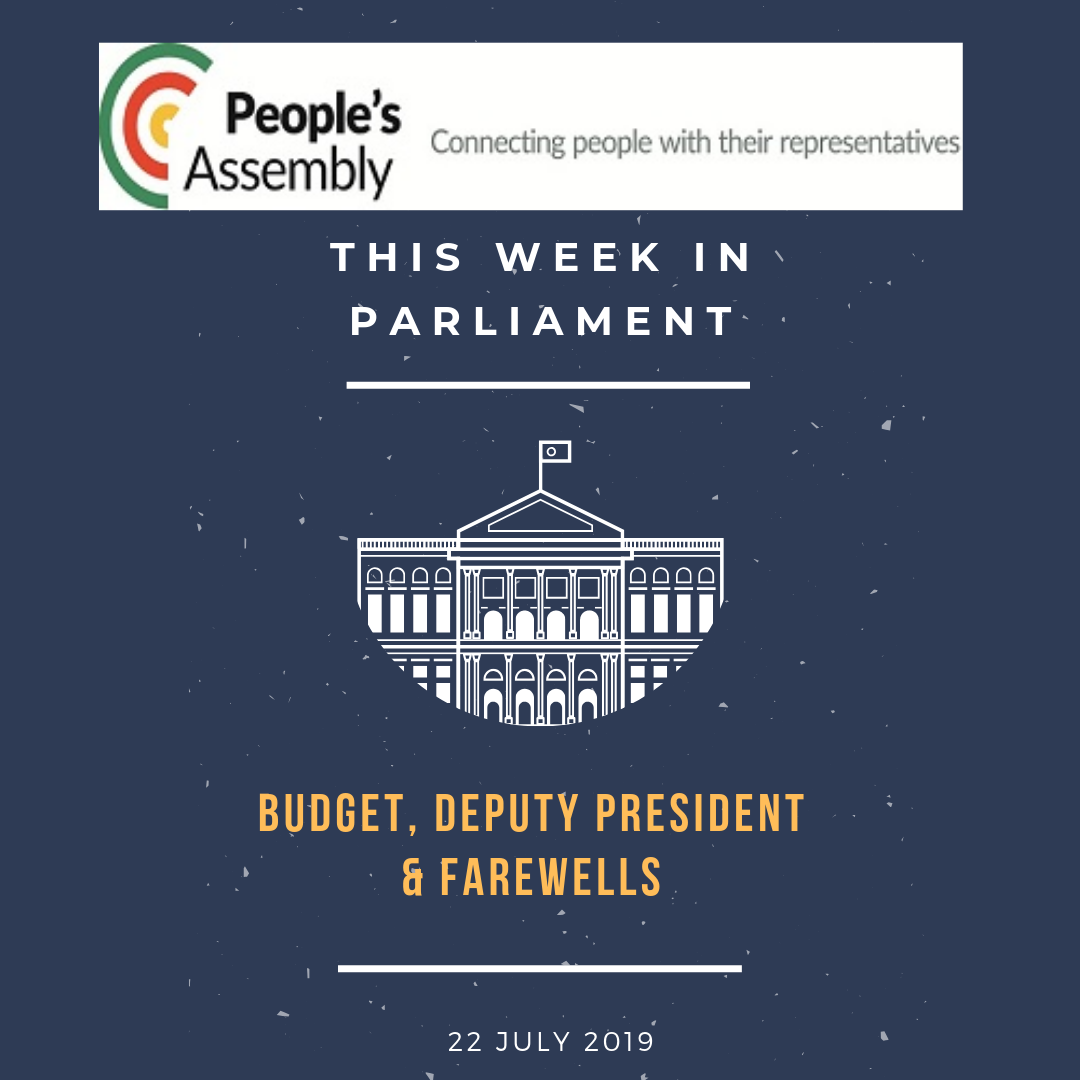 Most of the significant business is in the main chambers while the Committee corridor takes a backseat. The programme has a distinct end of term feel as members of the National Assembly depart at the end of the week for a one-week break and thereafter a two-week constituency period. The major point of interest will come from the Question Time session with the Deputy President in the National Assembly. On Thursday, the leader of government business will have his regular engagement with lawmakers when he appears to answer oral questions. These sessions happen once per month during session and are limited to six main and supplementary questions. In addition, the questions must be restricted to matters of national and international importance, as assigned to the Deputy President by the President. Currently, the Deputy President is responsible for, among other things, social cohesion, the moral regeneration movement, manages the interaction between the Executive and Parliament, is special envoy to South Sudan and is chairperson of the South African Aids Council and Human Resource Development Council. In line with the broad tasks delegated to the Deputy President, he will be probed on a variety of issues, which include the township economy, service delivery, legislation to regulate the establishment of intelligence services in government departments and state-owned entities, unemployment and support for farmers.

Responsibilities of Deputy President (1) The President has, in terms of section 91(2) of the Constitution, 1996 assigned the following powers and functions to the Deputy President, communicated in terms of Assembly Rule 352(1): (a) Leader of Government Business in Parliament (b) Leading Government effort to fast-track Land Reform and the co-ordination of Government programmes to accelerate Land Reform and agricultural support. (c) Assist the President to stimulate and support Rural and Township economy through implementing empowerment models. Assist the President in the implementation of Rapid Response interventions on Service Delivery and Trouble-shooting in service delivery hotspots. (d) Co-ordinate Anti-poverty initiatives through, amongst others, Public Employment Programmes, Integrated Service Delivery and Enterprise Development. (e) Leading the South African National AIDS Council and the country’s integrated response to the challenges of HIV and AIDS. (f) Assist the President in efforts towards building a better Africa. (g) Support in investment Facilitation and Trade Promotion. (h) Leading the National Human Resource Development Council and fostering collaboration between government and social partners towards addressing the shortage of skills in critical sectors of the economy. (i) Promoting Social Cohesion Initiatives including being patron of the Moral Regeneration Movement.

The National Assembly will conclude its budget process on Tuesday when it considers the Appropriation Bill and its votes and schedules. The Bill allocates funds to government departments and state entities. This sitting commences at 10am and will be all day. Meanwhile, the NCOP has scheduled three plenary sittings to consider policy debates and budget votes. Beyond this, chairpersons of National Assembly parliamentary committees will undergo induction on Wednesday and Friday. While they will learn about the important technical aspects of the job, ultimately their success will depend on whether or not they bend to the will of the Executive, can assert their independence and exercise the powers given to them. Read more on the critical role of chairpersons It's a low-key week in Committee-land, where no NA committees are meeting and only a handful of NCOP meetings are sitting. Here is a rundown of the highlights: The Select Committee on Public Enterprises and Communication will get a briefing from the Department of Communications on its annual performance plan and budget. (Wednesday)

National Treasury will present the Appropriation Bill to the NCOP. (Wednesday) Lawmakers will receive a briefing on Parliament’s draft 2020/21 annual performance plan and budget. (Thursday)