President Ramaphosa appointed the National Executive (Ministers and Deputy Ministers) on Wednesday, 29 May 2019

The Executive under the Sixth Administration consists of:

This is compared to the Executive of the Fifth Administration: 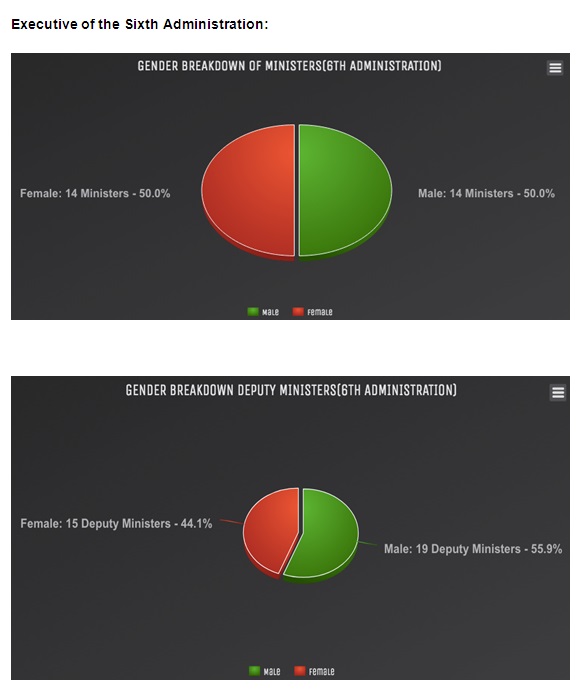 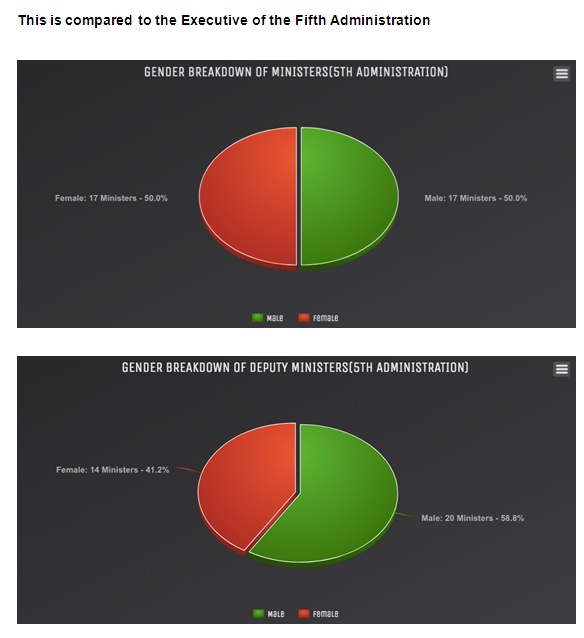 According to the NationMaster County Cabinet Comparison, South Africa is one of 45 nations in which Cabinet Members are appointed by the President and constituted without the approval of an elected body, or confirmation by an official(s) in government. This list of “streamlined” Cabinets include; Argentina, Mexico, Indonesia, Brazil, and Kenya...among others. That being said, there is no “best way” to form an Executive Cabinet. Other countries, including the United States, France, Germany, and Ireland, require oversight and approval from the legislature before Cabinet Members are appointed. This in turn, is linked to the electoral system a country makes use of.

Globally, the gender parity of the South African Cabinet is extremely high. According to the Inter Parliamentary Union, South Africa ranked top 10 in countries with the highest percentage of women in Ministerial positions. See the complete report 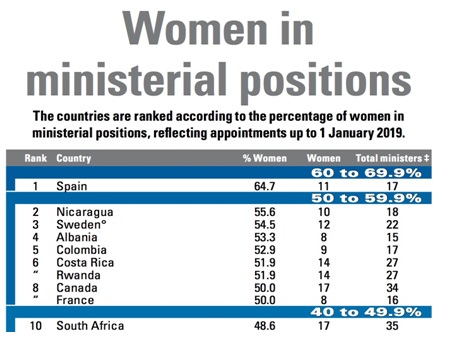 The United States, mentioned earlier, has fifteen Cabinet Executives who each oversee an Executive Department. Although similar in structure, the gender parity of the United States pales in comparison to South Africa. According to the IPU, the US ranks 105 with only two female members (13%) holding Cabinet positions.

After the recent appointments, the average age of Ministers in the Cabinet of the Sixth Administration has decreased slightly to 58 years old compared to the previous administration. The majority of Ministers are middle-aged (50-54), however fewer are of senior age (65<). There are twice as many Ministers under 50 compared the previous administration. There is one youth-aged Minster, the Minister of Justice and Correctional Services, Mr Ronald Lamola (35 years old). 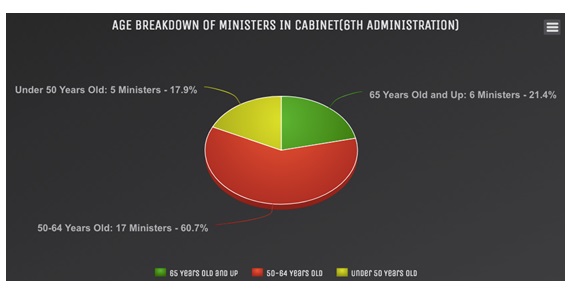 Looking back on the South African Cabinet under the Fifth Administration, the average age of Ministers was 60 years. The majority of Executives were middle aged and/or senior aged (65<). A very small percentage of the Cabinet was under the age of 50, and none were considered youth (<35) 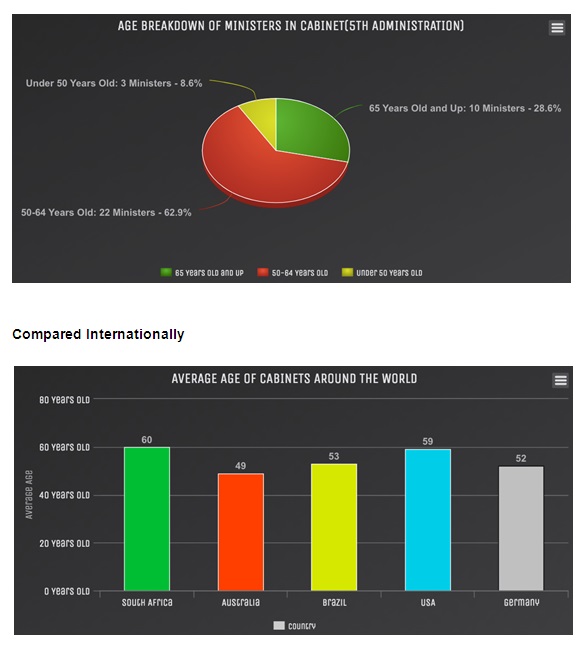 South Africa has one of the largest Cabinets in terms of members, relative to population size. In fact, although the US population is nearly six times greater than South Africa, the US has only 15 Cabinet Executives compared to the 28 Ministers that now make up the South African Cabinet. This discrepancy has somewhat improved with the Sixth Administration, as the Cabinet has been reduced by seven Ministers. 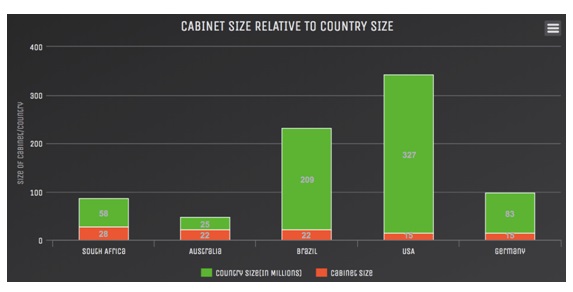 Cabinet sizes are also influenced by the distribution of powers between different levels of government in a particular country. In some countries, local government or regions have more autonomy and authority, and as a consequence the Cabinet is smaller.