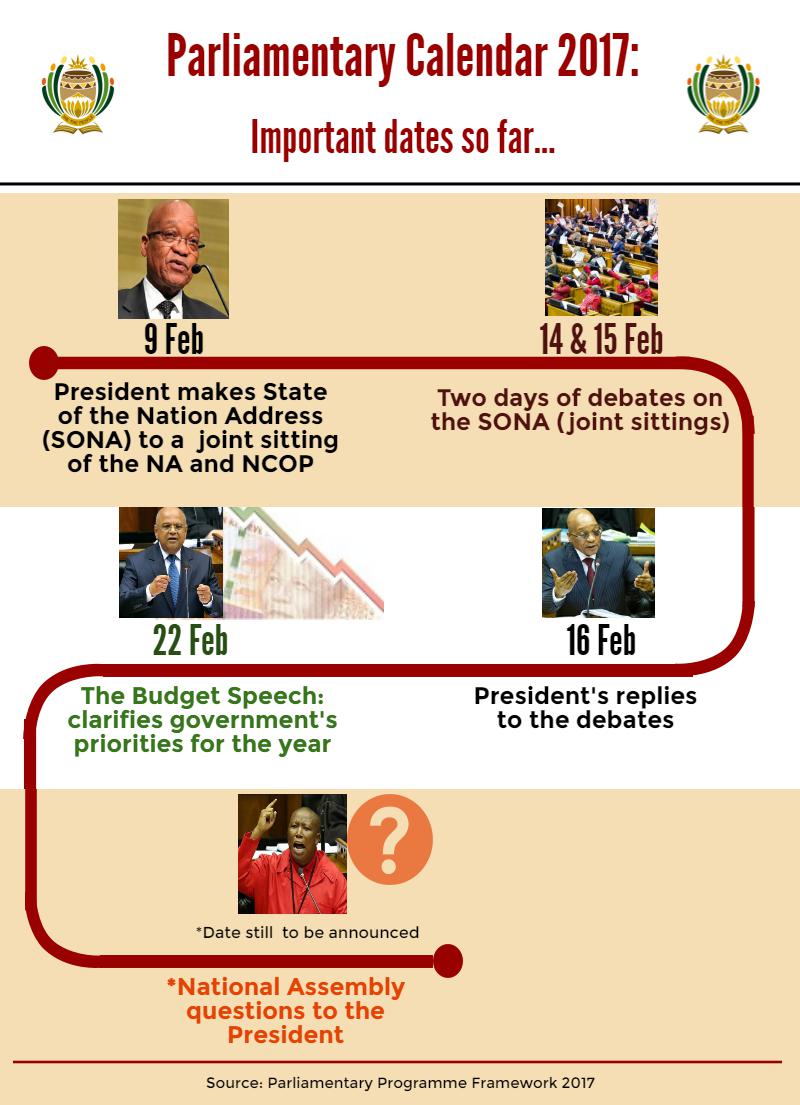 On 22 February the Minister of Finance, Pravin Gordhan will deliver the 2016 Budget Speech. This year, in addition to the focus on South Africa’s growth forecast and inflation rate, the Minister will probably focus on much publicised issues such as education, the unemployment rate and how to plug the budget shortfall.

Final dates for the President’s question session before the National Assembly and that of the Deputy President before the NCOP have not yet been announced.