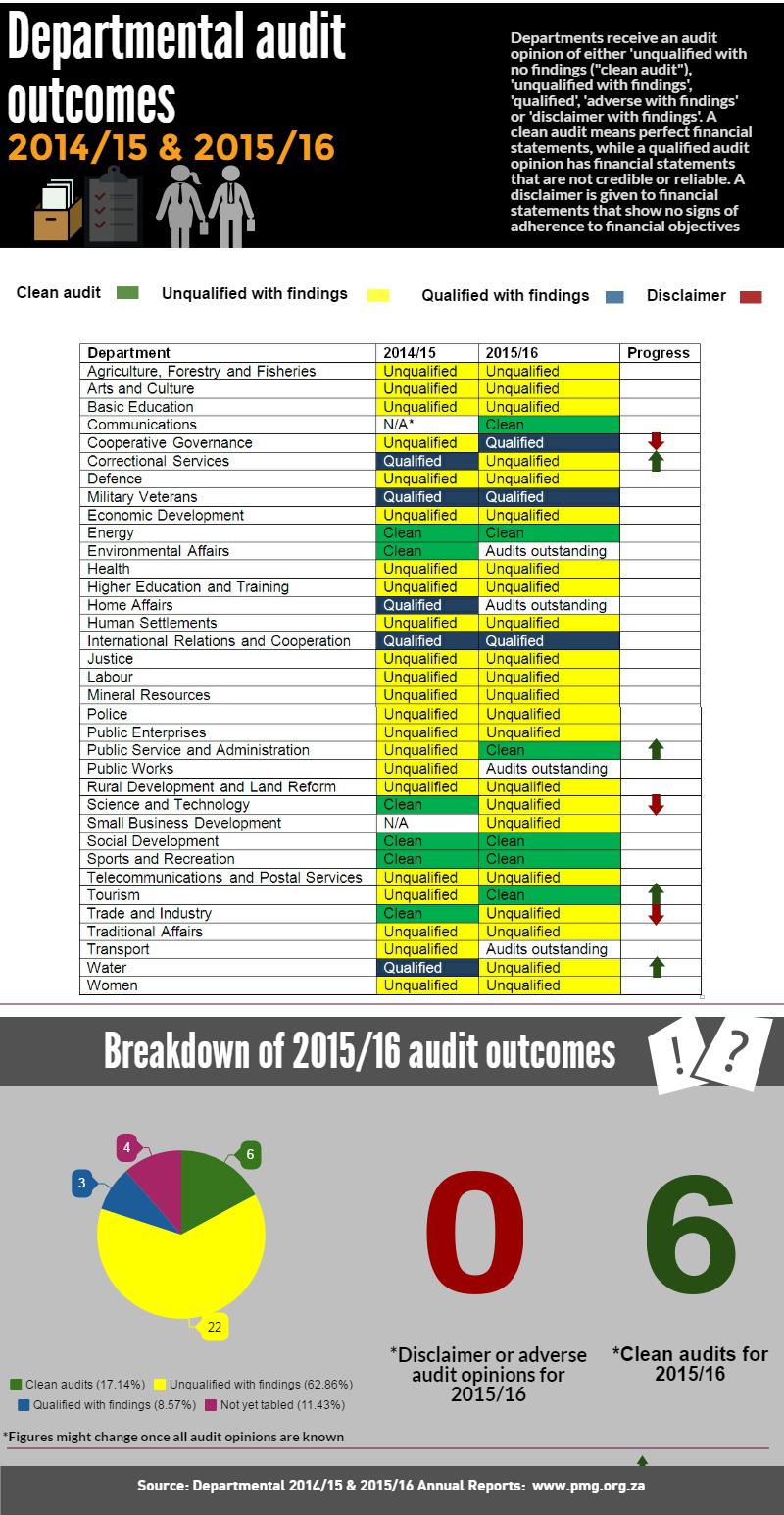 Interesting facts that emerged this year:

AGSA communicate key messages to Parliament about the root causes for audit failures or stagnation i.e. not improving and achieving a clean audit. These root causes are:

*At the time of this publication audits for the Departments of Environmental Affairs, Home Affairs, Transport and Public Works were still outstanding.

See infographic below on the 2015/16 national department audit outcomes: