How to remove a sitting President 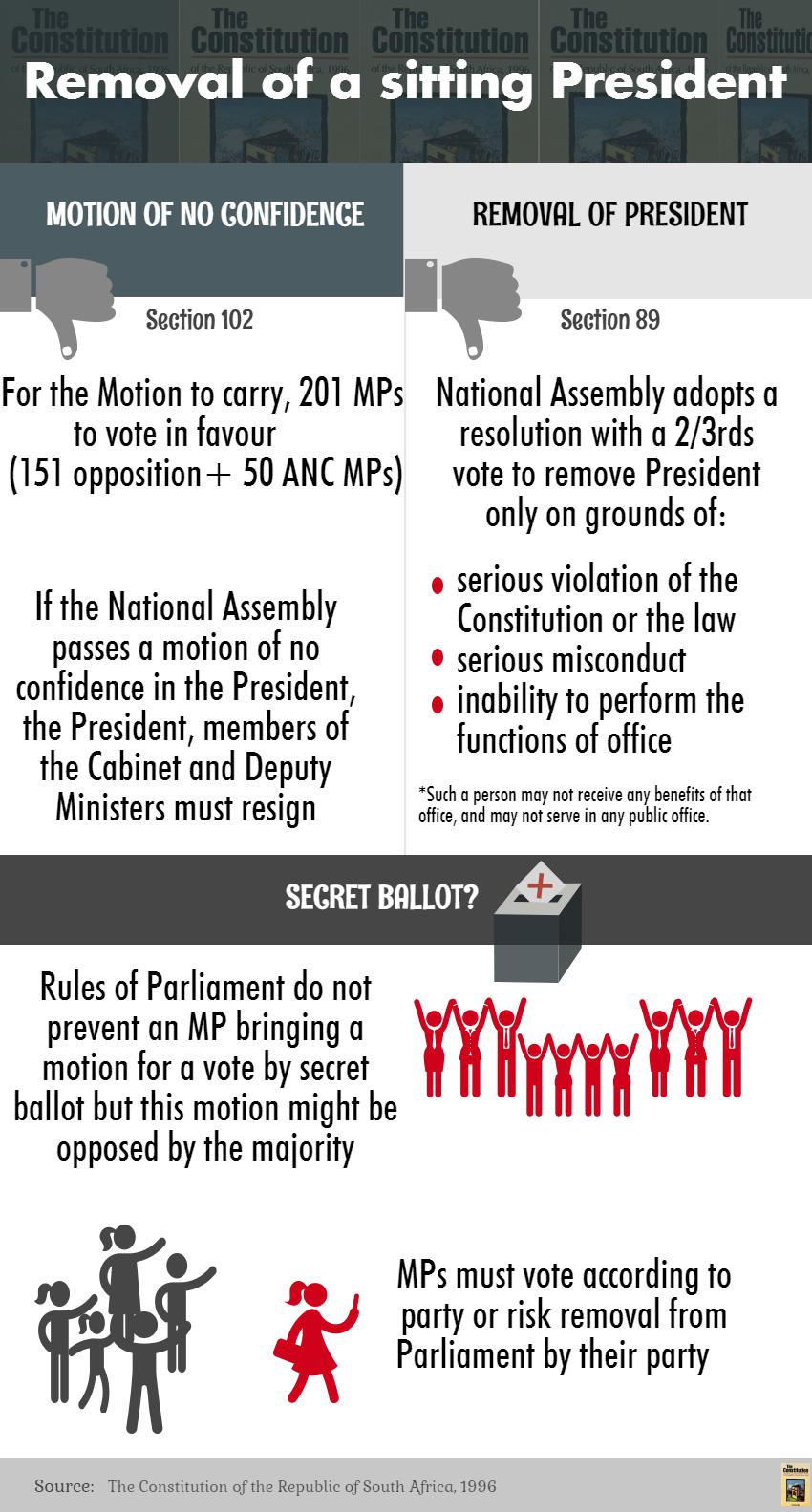 There are two constitutional processes to remove a President: Motion of No Confidence and Removal of President.

Section 102: Motion of No Confidence needs a 51% vote. For the Motion to carry, it needs 201 MPs to vote in favour (151 opposition MPs and 50 ANC MPs). MPs can go rogue and vote according to conscience but they can be removed from Parliament by their party - as it is the party who decides to deploy them. For the 18 April vote, persuading 50 MPs to break ranks will be well nigh impossible unless there is a massive mobilisation by the public as those MPs might lose their jobs. Currently only the election of President is by secret ballot (section 86).

AGANG SA in 2015 went to the Constitutional Court arguing that dismissal should also be by secret ballot. Concourt dismissed the application. AGANG SA, COPE, UDM then took it to Western Cape High Court and the court ruled that Parliament should decide itself. There are two routes:

So secret ballot is a non-issue as a motion for it would be defeated by the majority party.

Section 89: Removal of President needs a 2/3rds vote and only on the grounds of a serious violation of the Constitution or the law; serious misconduct; or inability to perform the functions of the office. The EFF, UDM and COPE have applied to ConCourt to ask it to instruct the Speaker to hold an inquiry to investigate whether there are grounds to remove the President on the basis of s89 as the Nkandla judgment stated he "failed to uphold‚ defend and respect the Constitution".