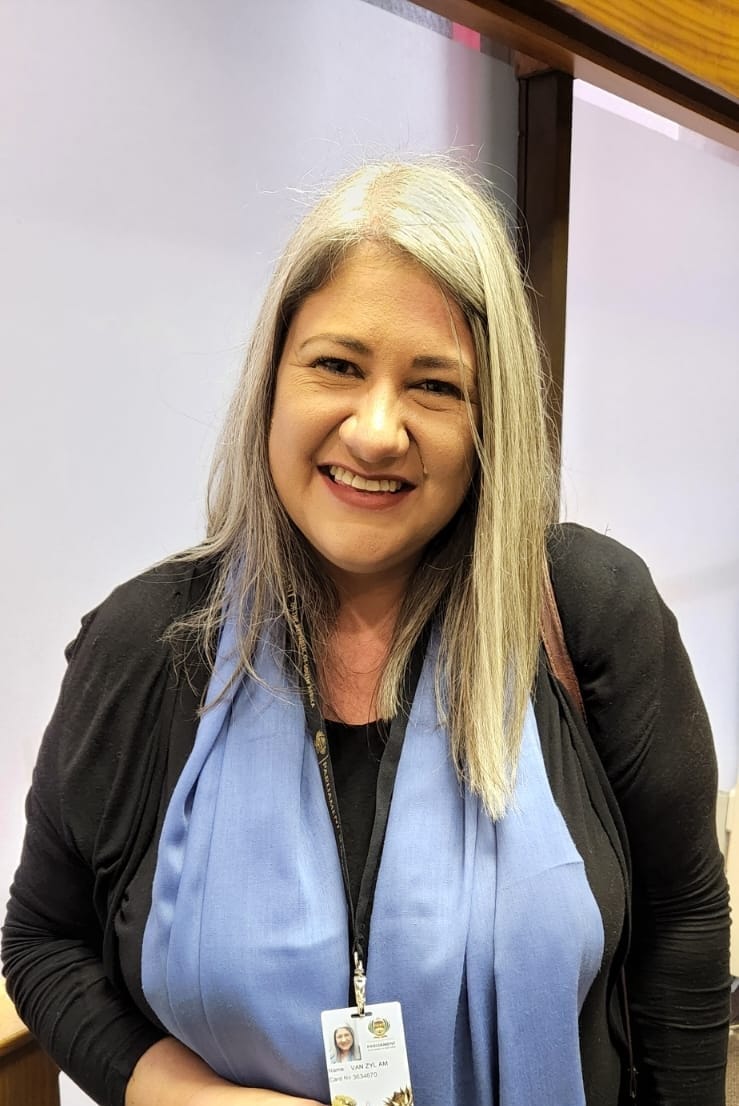 I wish to elevate issues from my allocated constituency to Parliament as an elected representative of the people. I hold this office in very serious light and realise that it is an honour to serve as a Member of Parliament. I will work to hold those in Parliament to account and above all, uphold the Rule of Law.

To fulfil party political duties and represent local voter and community interests, to champion and implement Democratic Alliance policy and to provide political leadership, support and guidance to Councillors and DA members in my allocated Constituency. Coming from a rural part of the Eastern Cape, travelling to and from Cape Town is quite demanding but I love this job so it is an easy one to overcome! Luckily technology has made it very easy to communicate and see, albeit on video, family members on a daily basis!

I have been allocated to the New Horizon Constituency which includes the local municipalities of Senqu and Walter Sisulu. Main towns include Sterkspruit, Barkly East, Maletswai and Burgersdorp. My main aim is to go to those forgotten people and listen to areas that they struggle with on a daily basis and to elevate that by matter of questions in Parliament.

I think that due to the rural nature of some of our areas, Parliament is not able to reach all communities effectively. I therefore believe that a better medium should be found in order to do the work of Parliament.

I am a stickler for fairness, which is one of the values of the Democratic Alliance. I cannot stand when you are treated differently due to circumstances of birth. I believe a more equal playing field should be achieved in South Africa to ensure that we build as a Nation, together for a bright future. On a personal level I love spending time with loved ones and value that as a good balance in this hectic life.

Corruption coupled with the high unemployment rate. This really equates to South Africans being restricted from enjoying their rights as enshrined by the Constitution. Willingly stealing money from the “wallet of South Africans” is an unforgivable deed that will forever prevent South Africans from lifting themselves from poverty where 81% of people who skip meals on a daily basis and 42% go to bed hungry. This should not be the norm, and should not be accepted by South Africans.

No, I think the majority party takes the “majority” to a next level and therefore protects their own ranks – at the expense of the residents of South Africa. I am very proud of my party, the Democratic Alliance who will in whatever they do hold the Executive to account. When democracy works, it will benefit all South Africans. Members of Parliament needs to debate, and vote on issues based on the Rule of Law.

To continue holding the Executive to Account and to ensure that the Parliament of South Africa upholds the Rule of Law. We aim to talk for the most vulnerable, those who has lost their voice and speak out for them in Parliament. We cannot sit back and watch how our beautiful country is looted and stripped until there will be nothing left. We will provide the hope South Africans desperately needs.

Answer: I believe the majority party’s approach to holding the Executive to Account is one of the biggest obstacles in preventing Parliament to do what it is supposed to do. Parliament must make laws and then hold the government to account in the execution of the law. As a party that believes in holding the executive to account, the Democratic Alliance will continue in it’s fight.