The Week Ahead: End of the First Term 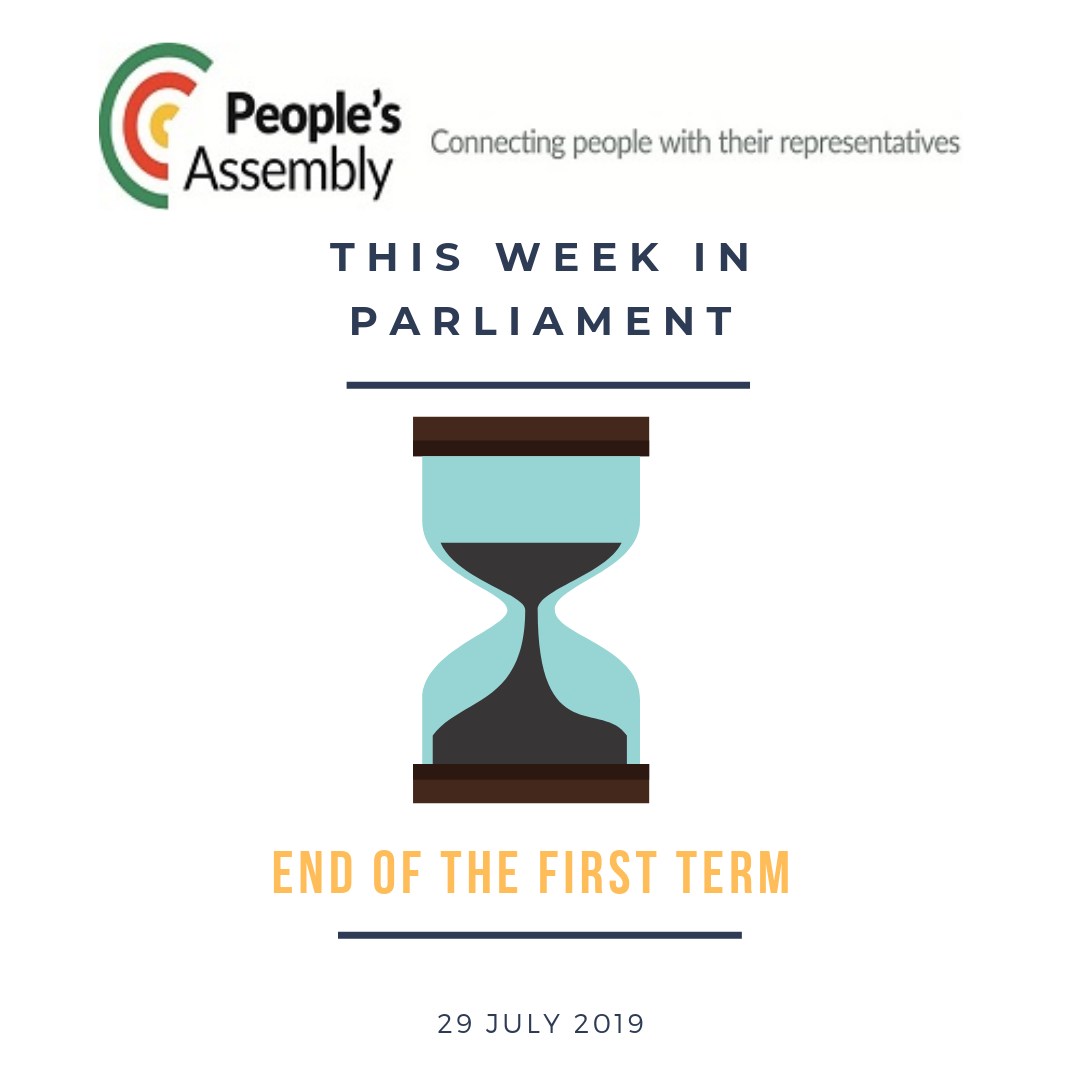 New Members were registered, sworn-in and received training. In addition, the legislature elected new leadership, had a second State of the Nation Address, set up structures, and assigned Members to Committees.

A big chunk of the time was spent considering the 2019/20 national budget. One of the main functions of Parliament is to discuss and pass the budget. Every year, the Minister of Finance introduces the budget in Parliament. It is discussed in Committees, debated in the two Houses, and a vote is taken.

Turning to this week, the programme is light as only the NCOP is in session and it has arranged a two-day week with delegates set to depart on Wednesday. Meanwhile, NA lawmakers have been given a week’s leave.

Both Houses will commence their constituency period from 5-19 August. The NCOP is scheduled to consider the 2019 Appropriation Bill on Tuesday. This Bill sets aside money for national government and says how it will be divided among the various national departments and state institutions during the year. Once passed, this will conclude Parliament’s processing of the budget and it will be sent to the President for assent.

There are five meetings scheduled in the NCOP Committee corridor:

The Select Committee on Transport, Public Service and Administration, Public Works and Infrastructure will be briefed by the Department of Transport on its Strategic Plan and 2019/20 Annual Performance Plan (Wednesday)

The constituency period will be from 5 – 19 August. During this time, MPs have a duty to be available to the public, help solve problems and report back to their constituents on what is happening in Parliament. The purpose of these periods is to encourage MPs to remain in contact with the people they represent. For more information about constituency offices, click here.