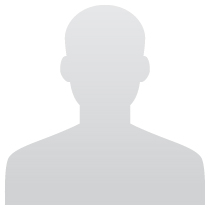 Mr Gwala is an MPL and the National Chairman of the IFP. He joined Inkatha in 1975 and became a youth leader at Khombindlela High School in 1978. He served as Enseleni Regional Secretary for 13 years and Chairman of the IFP in Uthungulu covering Magisterial districts of Ngwavuma, Ubombo, Hlabisa, Enseleni, Mtunzini, Nkanyezi (Eshowe) and Nkandla. Served two terms as KZN Provincial Publicity Secretary and served two terms as KZN Deputy Provincial Chairman. He also served as member of the National Council since 1979 and NEC for 25 years. He became a member of the erstwhile KwaZulu Legislative Assembly for 5 years and Member of the KwaZulu Natal Legislature from 27th April 1994 until 20 May 2010 to become a District Mayor of Zululand. In June 2011, he returned to the Legislature until to date. He once served as MEC for Public Works in 2004 - 2008 and now serves in the Premier's Portfolio Committee including Royal Household,Community Safety and Liaison as well as alternate in Finance, Scopa and Cogta. During the height of violence in KZN, he was elected Co-Chairman of the Provincial Peace Committee together with Dr Meshack Radebe of the ANC.