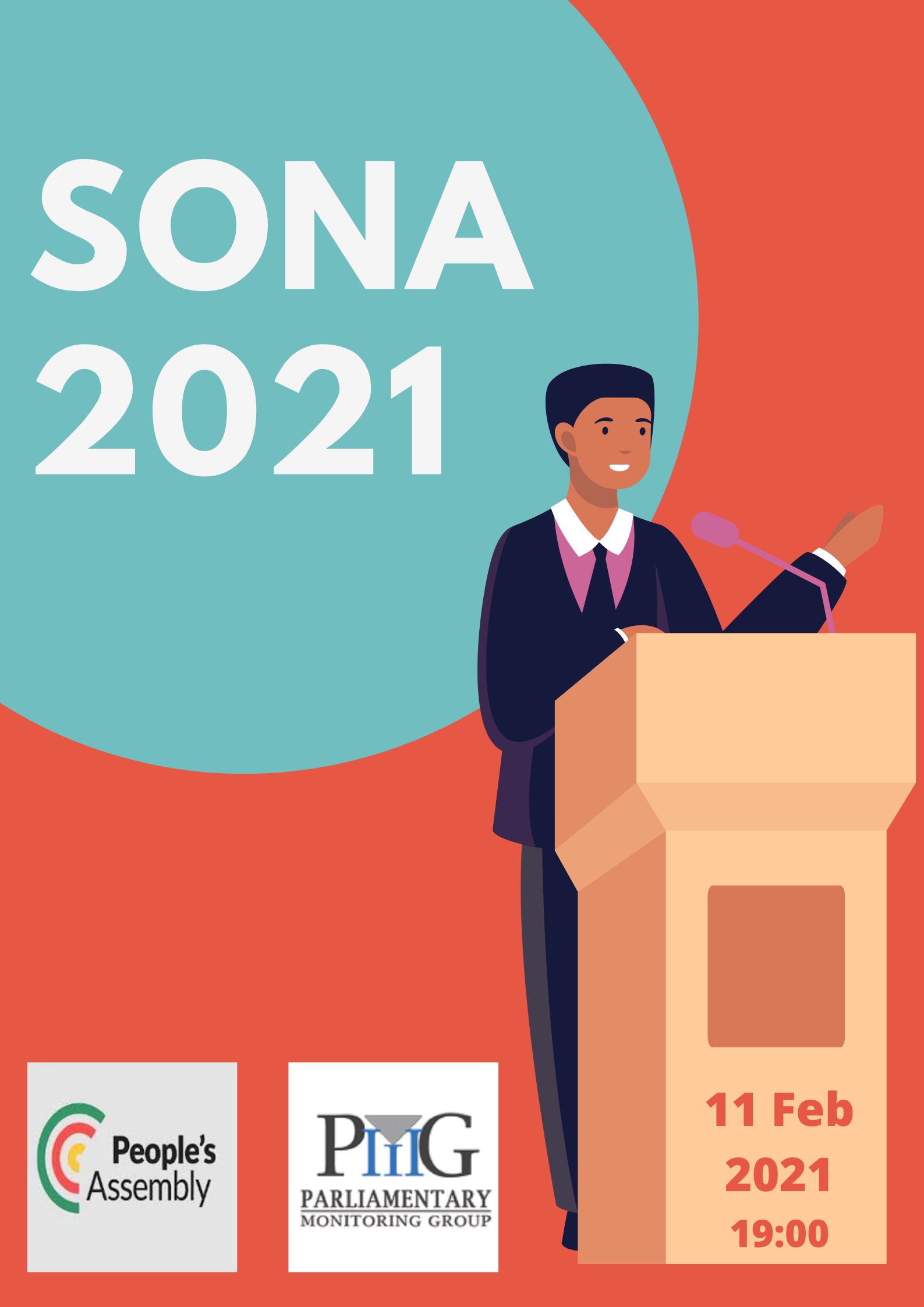 It is an annual address given by the President to a joint session of Parliament and marks the official opening of the legislature. It is designed to be a report on the economic and social state of the nation, and includes a review of the past year and priorities for the current year. This is a special and unique occasion where all three arms of the state are in the same place together.

In a general election year, two State of the Nation Addresses are delivered.

This is the only item on the agenda for this special sitting and it is presided by both the Speaker of the National Assembly and the Chairperson of the National Council of Provinces.

SONA will be delivered on Thursday, February 11 at 19:00 to a prime time TV audience. Since 2010, SONA has been delivered in the evening to give more South Africans an opportunity to listen to the address.

In strict adherence to the National State of Disaster regulations due, this year’s SONA will take the form of a hybrid joint sitting, with only a small number of people in the chamber and everyone else connecting virtually.

President Cyril Ramaphosa will physically deliver the SONA from the National Assembly Chamber.

The theme is the same as last year’s: “Following up on our commitments: making your future work better”.

4. What will the President say?

The speech will seek to build on previous speeches and commitments. In his recently delivered January 8 Statement, President Ramaphosa said the goals for the governing party are to act together to defeat COVID-19, put the economy on the path of renewal and recovery, and to work to build a better Africa. The SONA will be an opportunity for the President to layout his plans and vision to achieve these ends and grow South Africa.

5. Who are the key guests at the State of the Nation Address?

Traditionally, guests for SONA include former Presidents and Deputy Presidents, former presiding officers of Parliament, the judiciary, Premiers and Speakers of provincial legislatures, the heads of Chapter 9 institutions, religious leaders, business owners, trade unionists, school learners, civil society organisations, traditional leaders, members of the diplomatic corps and the Mayor of Cape Town. The President’s special guests include local and foreign people who have made a positive contribution to society and achieved extraordinary things.

However, the event has been scaled down vastly this year due to the pandemic. No more than 50 Members of Parliament, representatives from the Judiciary and the Executive in the physical chamber and the rest of this category connecting virtually. Other categories that will virtually form part of this important event include Premiers, Speakers and other special delegates representing provinces in the National Council of Provinces, eminent persons, diplomatic corps, distinguished guests and members of the public.

The budget for SONA is set at R2.2 million and it is expected that spending will be less than the budgeted amount largely owing to the hybrid nature of proceedings.

7. When do political parties get to respond to the SONA?

The debate on the State of the Nation Address will take place on a hybrid platform on 16 and 17 February. The President will reply to the debate on 18 February.

The debate allows the opposition to give a rebuttal to the President’s speech while those from the governing party defend the President and government's record and proposals.

8. What is the format of the ceremony?

The format will differ from the previous years. Various ceremonial aspects that characterise SONA will be done way with due to the limited number of persons permitted within the precincts of Parliament, and Parliament’s sensitivity to the prevailing conditions. There will be no red carpet and procession of the three arms of the state, physical participation of junior and civil guard of honour, eminent persons, Imbongi, military parade that leads the presidential procession onto a saluting dais on the steps of the National Assembly, the guard of honour by the National Ceremonial Guard and the 21-gun salute.

Where possible and appropriate, some of these traditional features shall take place virtually in keeping with the significance and character of the Address.

You can catch the live broadcast on SABC Radio, SABC TV, various other news broadcasting channels and Parliament TV (DSTV Channel 408). It will also be streamed on Parliament’s social media platforms, namely: Twitter, Facebook and YouTube.