In less than two months South Africans are heading to the polls. The voters' roll has closed and just over 26.7 million people are registered to vote in the upcoming elections - an improvement of 2% since the registration drives, but down almost 5% compared to 2014. 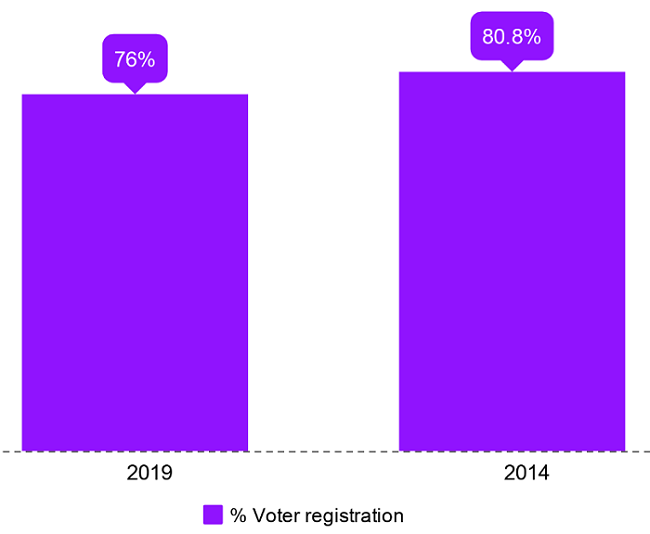 A worrying statistic we reported on before the 2019 registration drive, was the fact that 'a mere 16% of South Africans between the ages of 18 and 19 and only 54% of the country’s population between the ages of 20 and 29' were registered to vote at the time.

Did the IEC's Xse(Ek sê) campaign, specifically designed with a 'youthful feel' to get more young people to register to vote make a difference? Let's look at the numbers: 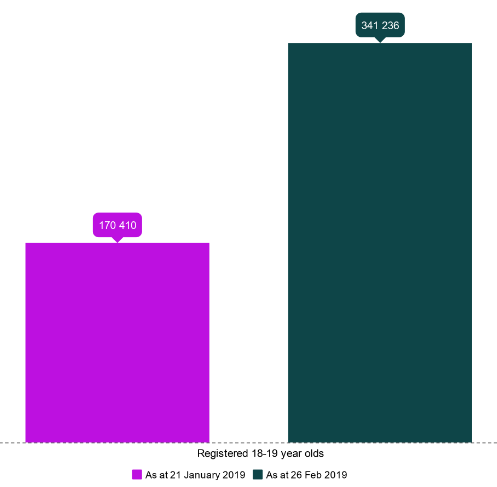 Although the 18-19 year old age group more than doubled its registered voters prior to elections, registration has dropped dramatically — 47% — for 2019 Elections compared to the 2014 Elections and it looks like there is some work to do going forward. 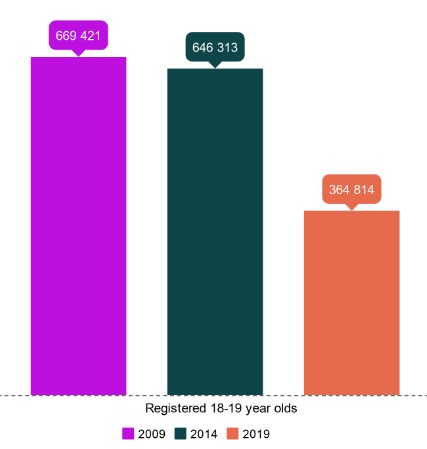 Just about 800 000 people have registered since the start of the final registration weekend at the end of January 2019 until the voters' roll closed on 26 February 2019. According to the IEC, that last registration weekend saw 703 794 new registered voters – of which 574 899 (over 80%) were under the age of 30. In addition, the IEC also undertook registration drives for tertiary students from 4-7 February in an aim to get young people to register. 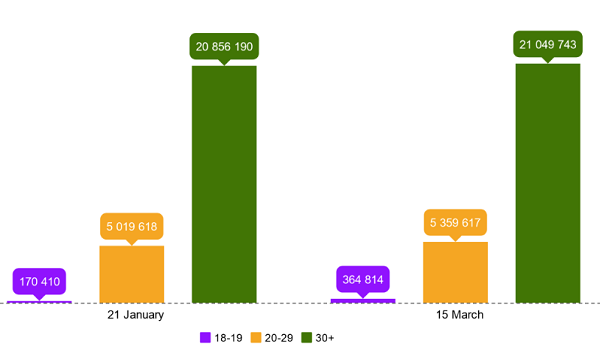 Please check your voter registration status online, SMS your ID number to 32810, or check on the IEC's mobile app for your voting station before 8 May!