Stop voting for a party that has failed to deliver strong economic growth and causes such hardship for millions of South Africans. 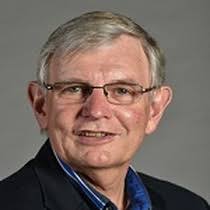 I grew in a liberal family, believing in the dignity and worth of all people. I grew up with Zulu folk, hence I am very respectful of their culture and speak isiZulu fluently.

I have been in politics since my student days as president of the SRC at university and then when I was 25, as the Progressive Federal Party (PFP) candidate. I have extensive experience in commerce, in industry and in the services industry. I have Knowledge of resolving labour disputes, having run a large manufacturing company. I occupied senior positions in DA structures, including being a member of both the Provincial Executive Committee (PEC), the Provincial Management Committee (PMC) and the Federal Finance committee. I took the KZN DA accounting system from manual cash book to a fully computerised system that formed the basis of the system now used by the DA nationally. I have a long history of work for the DA and its predecessors. I first stood for election for the PFP in 1977 and lost my deposit. I was a municpal councillor for eight years. I served on the Select Committees of Finance and Appropriations as an MP in the NCOP for five years. I was an MP in the NA from 2014 to 2019 served on SCOPA and then on Finance. I now serve as an MP on SCOPA.

My job entails both parliamentary and oversight work as well as constituency and political work. A lot of time is spent: researching and reading in preparation for parliamentary meetings. sitting in numerous meetings both parliamentary and party. travelling to and from Cape Town – between 16 and 20 hours a week. assisting voters with problems they may have with state departments. drafting private members bills. being fully familiar with legislation introduced in Parliament as well as of the consequences thereof.

Convince MP’s from other political parties to accept DA policies in legislation and reports. Use parliament to showcase DA policy proposals.

No, it does not. See some reasons given above.

7. Are you happy with the proportional representation system or are you in favour of electoral reform?

8. What can be done to get citizens more interested/ involved in Parliament? Is this an area where Parliament can improve and if so, what recommendations do you have? What are you passionate about? This applies both in political/ professional arena as well as personally?

I think that people are already very interested and involved.

Stop voting for a party that has failed to deliver strong economic growth and causes such hardship for millions of South Africans.