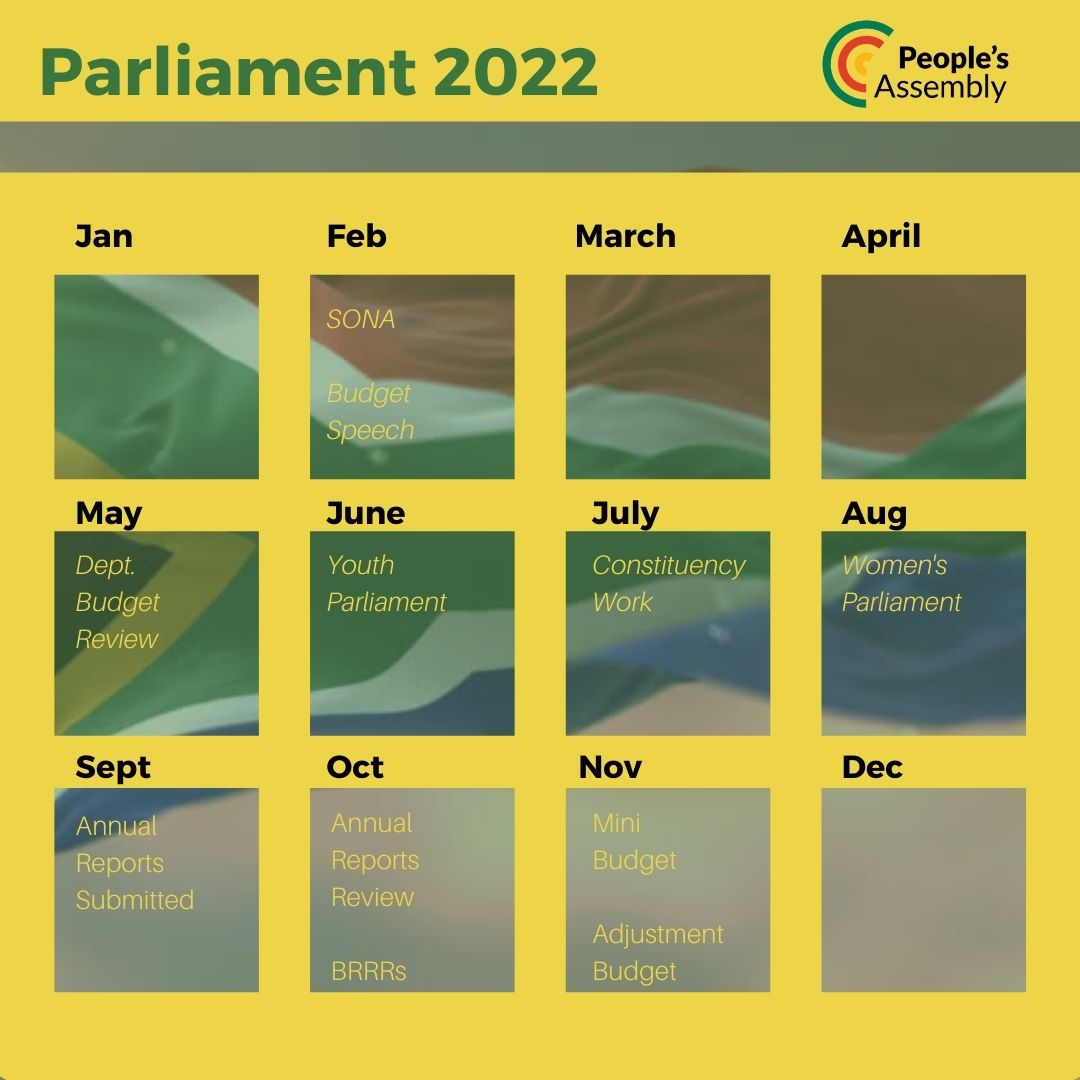 On the 10th of February, President Cyril Ramaphosa will present his State of the Nation Address to a joint sitting of the National Assembly and the National Council of Provinces. The speech will contain information about the year’s annual programme, as well as an outline of the nation’s priorities for the year. The speech will mark the official opening of Parliament for 2022.

Due to damages caused by the fire in Parliament’s precinct, the State of the Nation Address will be presented in an alternate venue. President Cyril Ramaphosa will present his speech in Cape Town City Hall, at the same place where Nelson Mandela appeared to give his freedom speech in 1990, 32 year prior. This is also the place where Mandela appeared after being elected as the first democratic president of the Republic of South Africa in 1994. The historical significance of this location presents a unique opportunity to pay tribute to democratic proceedings.

On the 23rd of February, the Finance Minister, Enoch Godongwana, will present the yearly budget for 2022. The budget presents an overall synopsis of the state of the country’s economy, amendments to tax, distribution of revenue across spheres of government and distribution of expenditure across national departments.

How Does the Parliamentary Cycle Work?

Above is a general calendar containing important scheduled events within Parliament. Parliament’s calendar is divided into 4 terms. The National Assembly will sit for 35 weeks, while the National Council of Provinces will sit for 32 weeks. There will be a prolonged Winter constituency period this year.

You can find specific dates in the Joint Programme framework here.

What Does the Parliamentary Programme Contain?

The outlined programme includes information about events and dates relevant to:

How Can I Get Involved As A Citizen?

Throughout the year, citizens should keep track of the events scheduled within the parliamentary programme and do their best to stay informed on the general proceedings. Citizens can get involved by following Parliament’s Youtube channel, attending public hearings, submitting petitions, joining advocacy or lobby groups, and engaging with MPs through a variety of other tools. For example, citizens can use the People’s Assembly tools to write to a committee or find Members of Parliament to ask for information about specific issues, bills or records.