Parliament should also ensure that the issues which concern South Africans are the matters that are being dealt with. 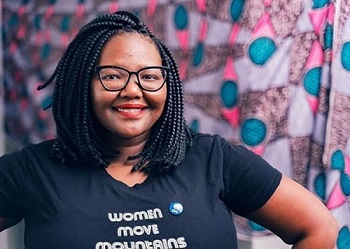 I began my career in politics as a professional staff member working in communications. I worked with the then leader of the opposition in parliament, Ms Lindiwe Mazibuko back in 2012. I then moved on to work for the Western Cape government as a spokesperson and the Head of Ministry for the Department of Health in the province. In the lead up to and during the 2019 elections, I was the Executive Director of Communications for the DA before seeking public office and being elected.

The role of an MP is multi-faceted: you contend with legislation, you hold the executive to account on behalf of the people of South Africa, you drive issues relating to the portfolio that you have been allocated, you conduct oversight visits to health facilities across the country and you work in your constituency to effectively deliver to the people in our communities. I enjoy the various parts of this role as they are designed to improve the lives of the people that we are meant to serve.

What are your or your party's aspirations/plans for the Sixth Parliament? The single most critical issue in this 6th Parliament is how we deal with the unemployment crisis that has seen over 10 million South Africans without gainful employment, and close to 50% of young people without a job. This is urgent and requires the attention of this Parliament.

What obstacles prevent Parliament from doing its work and how would you fix it? Parliament must assert its role as the legislative arm of the country. We need to take our role of holding the executive to account, in spite of party political lines. Once Parliament takes its role seriously, the country will be better for it.

I have been allocated the DA Students Organization (DASO) across the Western Cape. The key issue on campuses for young people at the moment is certainly safety on campuses and in their communities.

As stated above, I believe that not enough is being done to allow Parliament to assert its role. The country is poorer, as a result. It is only through effective executive accountability that we can really change the lives of the people who have elected us to office.

Parliament should become the centre of public debate where only the best ideas are passed as legislation and policy proposals. Parliament should also ensure that the issues which concern South Africans are the matters that are being dealt with. The work of parliament should be closely linked to communities in order to make it easier for people to be involved in the work that is being done by their public representatives. I am deeply passionate about access to reproductive health for rural women and also access to opportunities for young women and girls in our country

To learn more about this Member, visit her profile.