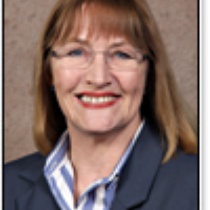 DENE SMUTS, has been a Member of Parliament for over two decades. She was born in the Free State and is the daughter of a judge. She joined the realm of politics in 1989 and has served the Groote Schuur and Athlone constituencies.

Political background: I have been an MP for nearly a quarter of a century. I entered politics in 1989 because I cannot abide injustice and wanted a non-racial democracy established in South Africa. Not least because of the excellent electoral results of the then newly formed Democratic Party, NP President FW de Klerk claimed a mandate for reform and, in the first Opening of Parliament speech I ever attended, in February 1990, unbanned the ANC and all associated organisations and commenced the transition. I sat in the very back row of the Assembly wearing a big black hat with tears in my eyes: everything I had worked for since achieving adulthood was about to become reality.

What does my job involve? Parliament is the legislative authority of the Republic. I have served on very many parliamentary committees, both portfolio and ad hoc, not least because the DP, after the 1994 election, was reduced to seven members. Of these, Justice was always my favourite and I asked to return to it because the bulk of this Committee’s work is legislating, which I most like to do. I am a judge’s daughter (my late father, Frank Smuts, was the Judge President of the Orange Free State Division) and I grew up among judges and advocates.

Highlights of Parliament: I am motivated by the fight against justice in all forms, so for me it follows that working directly for justice is first prize. Also, I greatly enjoyed working with Johnny de Lange, Justice Chair, during the years when we legislated the entire corpus of new Constitution-based laws, including the TRC’s Act.

My own academic qualifications are in language and literature and, at Stellenbosch, I was the lone liberal among a grouping of “verligtes” and early social democrats who did the unthinkable and defeated the NP-aligned Students’ Representative Council. My pre-political career was in journalism, and Communications are therefore my second legislative love.

I served fifteen years on the Communications committee and I claim the credit for the liberalisation of telecommunications (the real revolution of our times) in South Africa, to which the then Director-General of Communications, Lyndall Shope, to my surprise agreed. To say that I could not have achieved what we did in the Electronic Communications Act without her is an understatement, since in this portfolio the executive frequently calls the shots, and the majority party committee members fall in line. No such executive interference occurs in the Justice Committee, where Lyndall’s half-sister Sheila Shope, another daughter of the great Gertrude, sits with me. Lyndall later became a member of COPE.

Highlights of my constituency work: I am a real MP - I was elected by a constituency under the old, pre-list system. My constituency was Groote Schuur, including both the hospital and the Presidential estate in Rondebosch. That remained my turf for many years, but I moved to Athlone some time ago, and currently have some of my old Southern Suburb Cape Town wards back, tucked into Athlone. The Athlone constituency is wonderful for its warmth: we are part Muslim, part Christian, and every colour under the sun. Athlone is one of the places identified by the TRC for community reparations, and we have held remarkable meetings talking about the struggle past. Remarkable because, don’t forget, our audience comes from every political party.

I am passionate about the importance of legislating. After the early years, when we repealed, wrote and rewrote almost all the law of the Republic, many committees now do little more than oversight. This is an important role, but hardly the stuff of a legislative authority.

I have two Private Member’s Constitutional Amendments introduced and referred to the Justice Committee. Before I go, I want to resolve the ambiguities in our prosecutorial arrangements (section 179) and also to put the Judicial Service Commission on a better footing. As the National Development Plan says, its political component is too large; also the criteria upon which our judges are selected need some revision.

My message is that one of the very great achievements of the Constitution is the insistence on public participation in law and policy-making. My message: Participate!