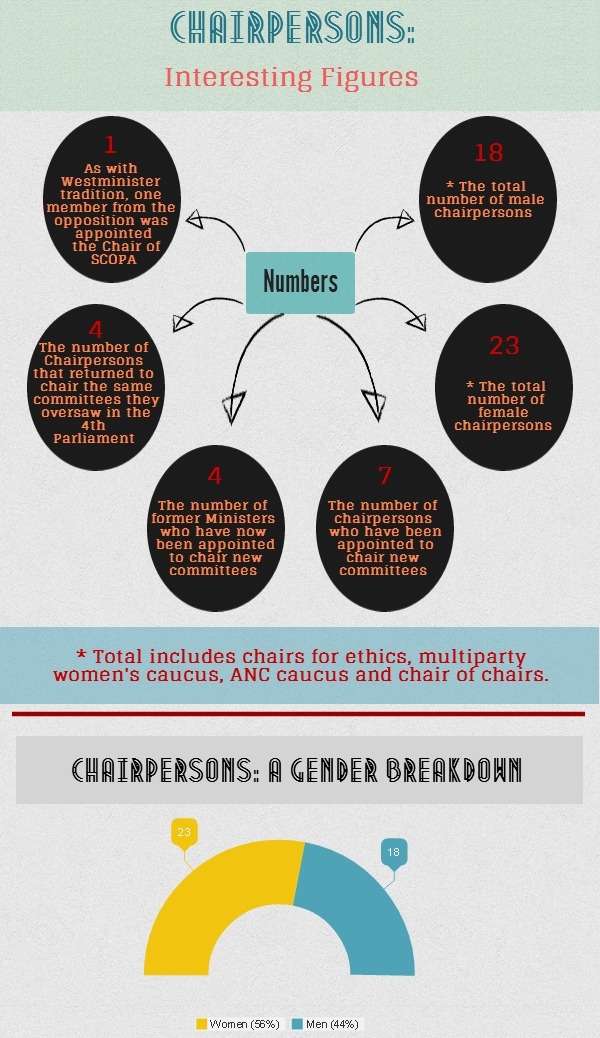 The ANC announced its list of candidates for committee chairpersons yesterday (the NCOP candidates were not announced).

According to the ruling party “all these appointees bring to their respective posts the leadership skills, political experience and technical know-how necessary for the effective administration of the institution's oversight function during this term”.

People’s Assembly thought it would be helpful to highlight the important role played by chairpersons.