"Whatever our ideological, policy and other differences, we need to work much more closely together to achieve developmental goals that we share in common that are in the interests of all the people but primarily the poor and disdavantaged." 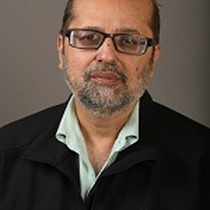 Question 2: What does your job as an MP entail? What do you enjoy about being an MP?

These are two separate and not necessarily related questions.

What does an MP’s role entail? As I chair the Select Committee on Finance in the NCOP my tasks include: chairing Committee meetings; finalising programmes of the Committee after consultation with Committee members; overseeing the support staff of the Committee; represent the Committee in various parliamentary and ANC structures in Parliament and outside; and meet NGOs and other stakeholders personally when necessary and report back to the Committee as necessary. I also have direct contact with people through my constituency office, which is a very important part of an MP’s role.

What do I enjoy about my work? I have been in Parliament since 1994, and for a variety of reasons, it may be understandable that I enjoy my work less than I used to. But that does not mean I do not work as hard as I can. What I enjoy most is fulfilling requests made to me by constituents.

Question 3: What are your or your party's aspirations/plans for the Sixth Parliament?

Well, I don’t have a separate programme from that of the ANC in Parliament. The ANC’s Election Manifesto provides a framework for the party’s parliamentary programme. Within this framework, the parliamentary programme is developed further by the ANC NEC and the ANC parliamentary caucus, study groups and other ANC parliamentary structures. Most of this is in the public domain, of course, and I don’t need to cover it here. But a key part of our programme, as I understand it, is to ensure investment, economic growth, job creation and a significant reduction of the material and social inequalities in our society. This is part of our aim to ensure the transformation, including de-racialisation, of the economy and society. Crucial to the achievement of these goals is the active participation of progressive civil society and ordinary people as we increasingly acknowledge that neither the state nor the ANC can deliver on the country’s developmental goals without active participation of ordinary people. The broad targets in different areas we seek to achieve are set out in the ANC’s Election Manifesto.

Question 4: What obstacles prevent Parliament from doing its work and how would you fix it?

Amongst the key challenges Parliament experiences are the following:

Almost all, if not all, of these issues have been discussed ad nauseum and many, many decisions and resolutions taken - but few implemented or implemented effectively. The NA Speaker and NCOP Chair, the Chief Whip of all the parties and all MPs need to implement these resolutions, even if incrementally. And civil society needs to actively hold parliament to account for implementing decisions that we have taken.

Question 5: Which Constituency Office have you been assigned to? Can you give examples of Constituency work you engaged in?

I am deployed to the Alfred Duma Municipality in KZN, about 160 kms from my home in Msunduzi.

I have dealt with an endless range of issues, including: social grant applications; labour challenges; bursaries; job applications; home affairs issues; unfair treatment by banks and other financial institutions; SMME project applications; advice on NGO development projects; land claims; racial discrimination in school admissions applications; upgrading of schools; the personal issues of constituents. This does not include the full range. Well, I’ve been in Parliament since 1994, after all.

Question 6: Does Parliament do a good job of holding the Executive to account? If not, what can be done to improve this?

We are not as effective as we should be in our oversight role over the executive. Again, we should implement the decisions and resolutions we have taken on these issues in countless reports prepared by internal structures and external specialists. Again, progressive civil society needs to be far more active in ensuring parliament implements its oversight responsibilities more effectively.

Question 7: Are you happy with the proportional representation system or are you in favour of electoral reform?

It is not a question of whether I am ‘happy’ with either system. Personally, I prefer a combination of a ward/constituency and PR List system similar to what we have in local government. However, while this matter has been discussed within the ANC, no decision has yet been taken on it and I am bound by the current policy position of the ANC on the PR List system.

Question 8: What can be done to get citizens more interested/ involved in Parliament? Is this an area where Parliament can improve and if so, what recommendations do you have? What are you passionate about? This applies both in political/ professional arena as well as personally?

Again, we have written endless documents and taken many resolutions. We just have to implement them. Among the many things we can do:

Question 9: What is your message to South Africa?

We have a far too divided society. Whatever our ideological, policy and other differences, we need to work much more closely together to achieve developmental goals that we share in common that are in the interests of all the people but primarily the poor and disdavantaged. If we do not, we would all – rich and poor, black and white - bear the severe consequences of this.

Too many people sacrificed too much for us to get to this democracy. We owe it to them and the many, many people who supported the struggle against apartheid the world over to forge a non-racial, non-sexist egalitarian society. Whatever the challenges at the moment, we can never give up on this! Never! We just have to, working with progressive civil society, re-double our efforts!