On Wednesday, June 16, South Africa will be celebrating Youth Day. This is an opportune moment to reflect on the ages of our Members of Parliament.

A fundamental principle of democracy is that political systems should mirror society as a whole and represent the desires and best interests of all citizens.

The Parliamentary Monitoring Group (PMG) obtained and analysed the birthdates of all current Members of the National Assembly, with the exception of Ministers and Deputy Ministers. This is a follow-up mini- study to the one conducted in 2018.

From the data collated, PMG has found that the average (mean) age of Members of the NA is 59.

PMG’s findings show only 30 members of the NA (9%) fall under the category of youth (35 and younger).

*While there are 400 NA MPs, we have excluded Ministers and Deputy Ministers. This study looks at 342 MPs (86% of total). 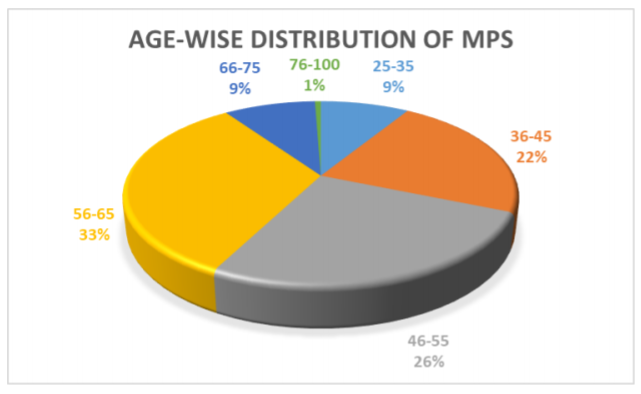 As illustrated in the pie-chart below, half of the 30 NA MPs below 35 are from the DA. 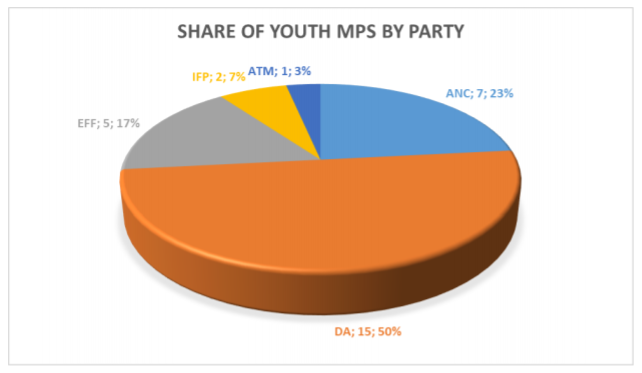 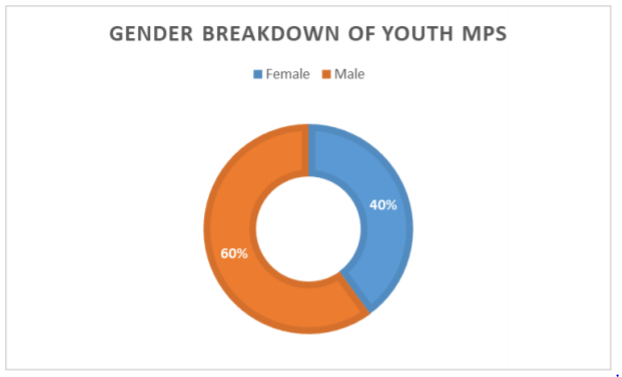 Youngest MPs in the National Assembly 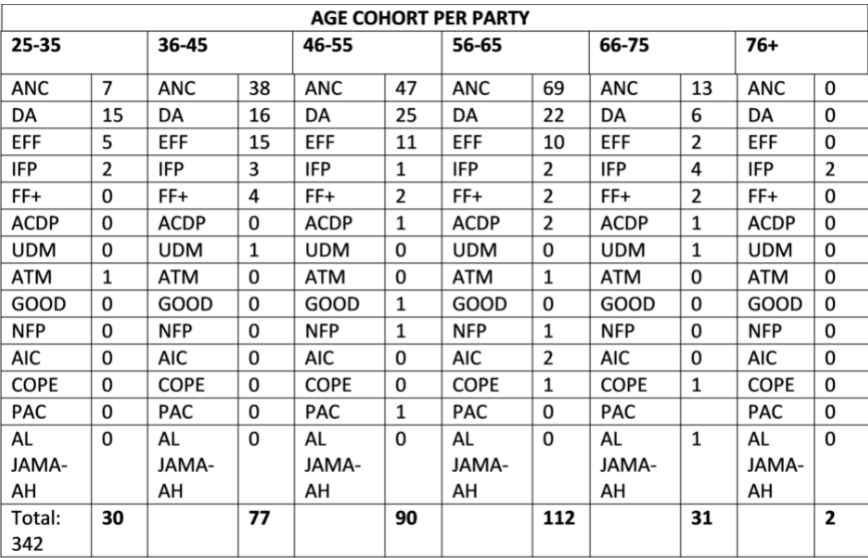 The Inter-Parliamentary Union, an international organization of national parliaments, released a report last month on youth participation in parliaments, using age data from 148 parliamentary chambers, as well as other quantitative and qualitative data from 258 chambers. Their statistical findings are instructive:

The IPU report goes on to highlight the opportunities to further increase the numbers of young MPs, including by eliminating barriers and implementing interventions. Most of their conclusions are positive: