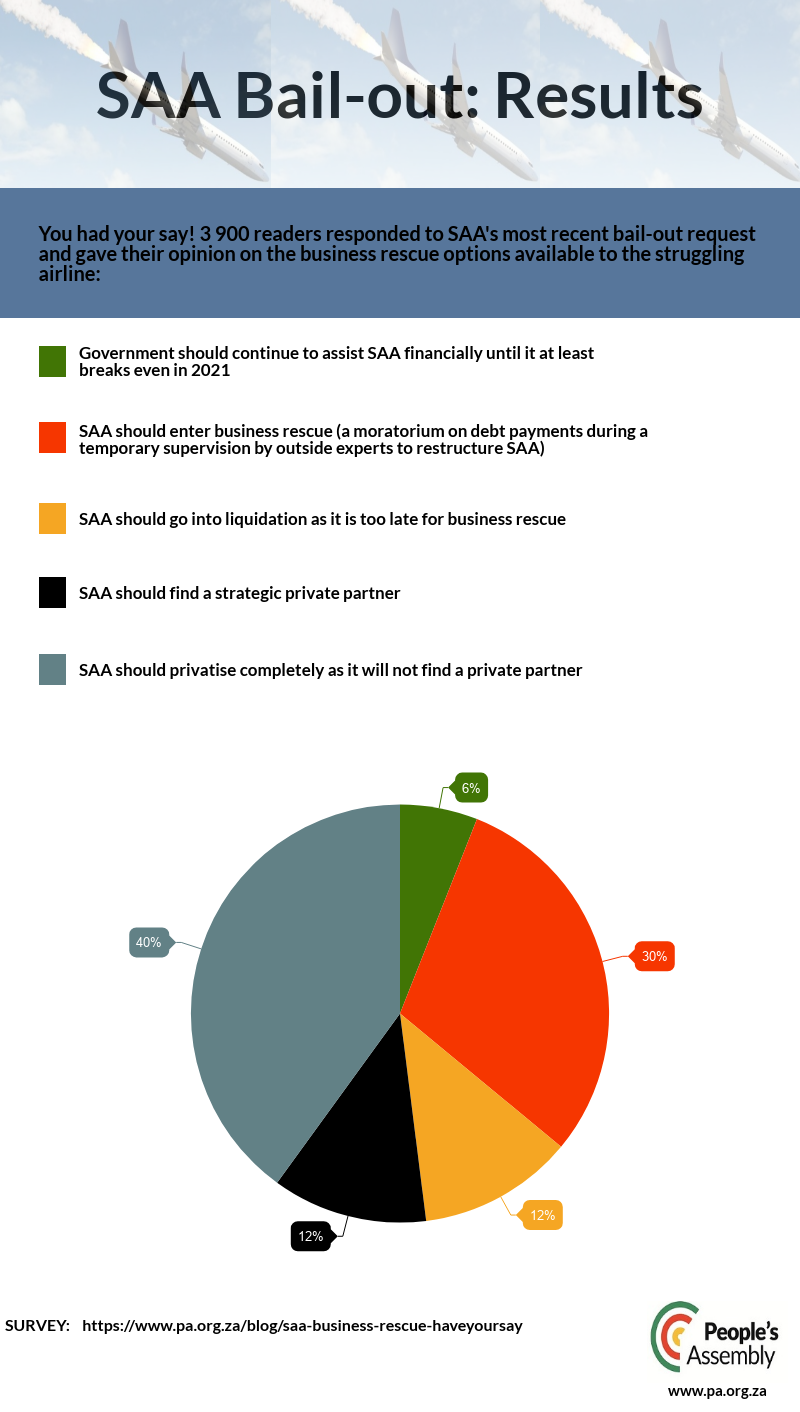 Parliament’s Standing Committee on Public Accounts (SCOPA) was told on 24 April that SAA needs another R4.8 billion immediately. This is after National Treasury gave a R10 billion bail-out to South African Airways in December 2017 so that it could be deemed a going concern on 31 March 2017 by the Auditor-General.

We asked readers to give us their thoughts on the business rescue options available to the struggling airliner and you responded. See the results here: