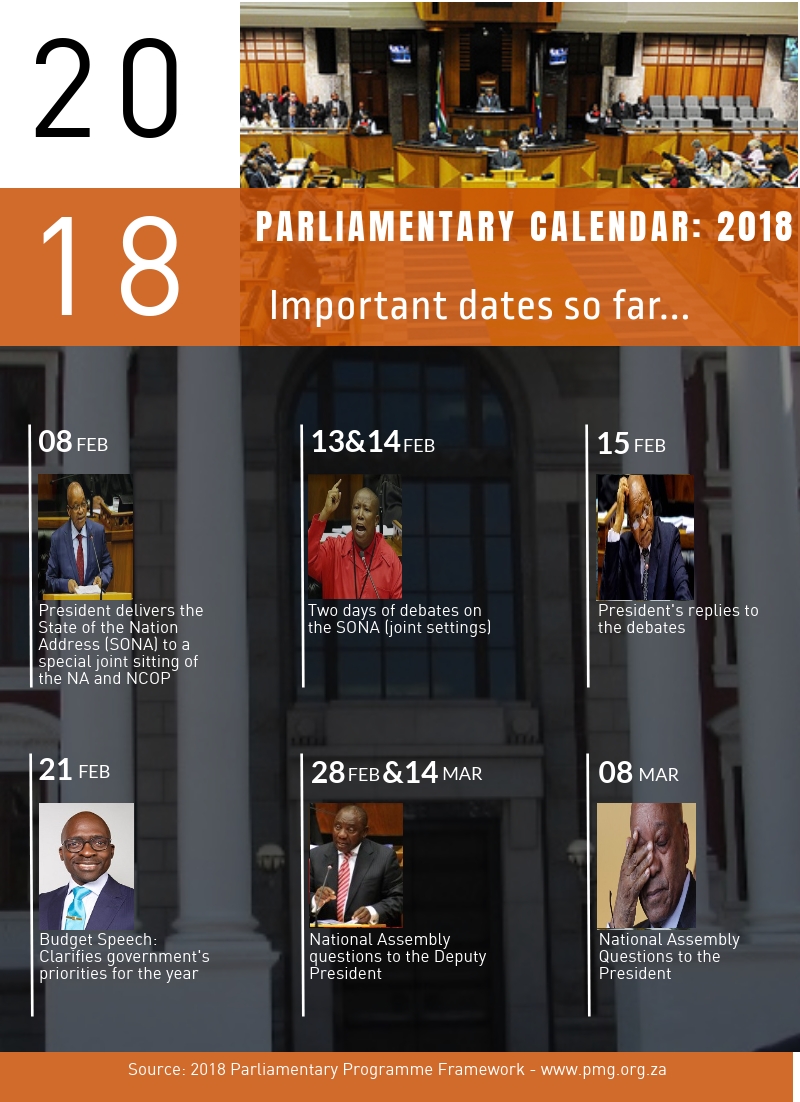 On 21 February the Minister of Finance, Malusi Gigaba will deliver the 2018 Budget Speech. This year, in addition to the focus on South Africa’s growth forecast and inflation rate, the Minister will probably focus on much publicised issues such as education, the unemployment rate and how to plug the budget shortfall.

Other highlights on the parliamentary programme include the oral questions sessions with the President and the Deputy President in February and March, as well as the report back session of the Taking Parliament to the People: Eastern Cape initiative from 12-16 March 2018.