Municipal Ward Committees: What You Need to Know 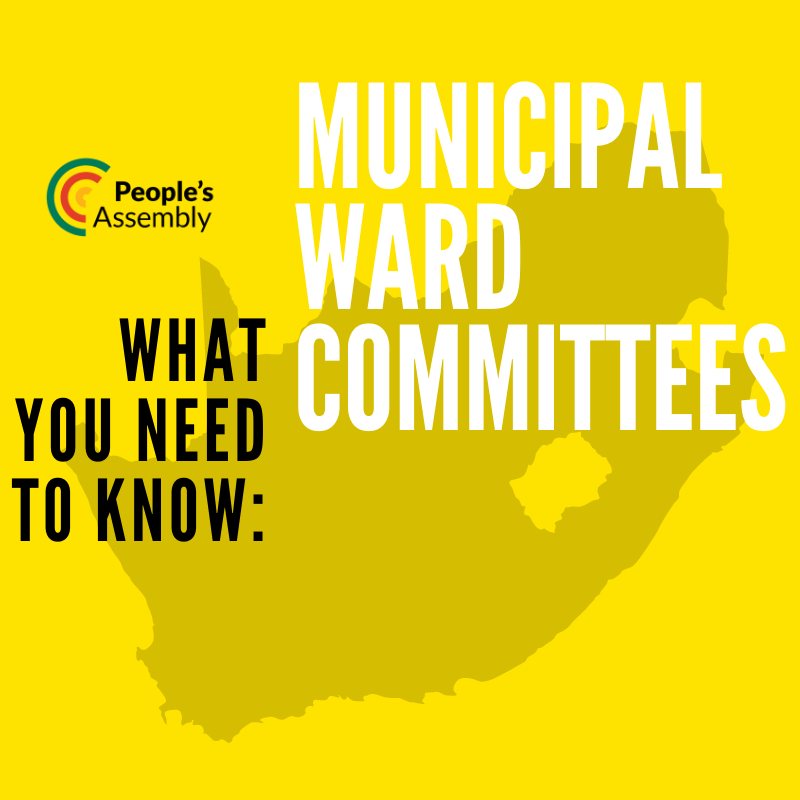 Public participation is a vital part of our democracy, and allows for citizens to get involved in how their communities are governed. At local government level the Local Government: Municipal Structures Act, 1998, requires, among others, that municipalities develop mechanisms to consult communities and community organisations in performing their functions and exercising its powers.

These structures are commonly known as Ward Committees, and provide a vital link between Ward Councillors, the community and the municipality. They allow for members of communities to influence municipal planning in a manner which best addresses their needs.

According to legislation, the first meeting of the newly elected council must take place within 14 days after the election results are gazetted.

Why are ward committees important?

Ward committees are crucial in the local government system as they are the link between the councillor and the community.

The ward committee system is also said to play a critical role in giving meaning to the notion of “the people shall govern”. This is so because local government is regarded as the level of government closest to the people and ward committees are just one way to ensure that citizens give input to the decisions that local councils make.

The South African Local Government Association, which is the sole representative of all municipalities, says ward committees are also important in fostering relations between ward councillors and key stakeholders at ward level, such as traditional councils and community development workers.

The terms of office of ward committees are aligned to that of municipal councils and the municipality must, as soon as possible after the results of the elections have been declared, arrange ward meetings in order for the interest groups in the ward to be identified and subsequently for the ward committees to be elected, according to the system applicable in each respective municipality.

The Speaker shall call a meeting in the ward for the election of a ward committee.

Nominations shall be open for 10 but not more than 15 nominees.

Closure of nominations may be proposed when there are 10 nominations and, if carried, there shall be no voting if nominations exceed 10, then voting shall take place. The ward councillor and Community Participation and Action Support Unit must ensure that meetings are a fair representation of all recognised sectors identified by the municipality and a quorum of at least 100 qualifying community members are present to vote. An attendance register must also completed.

What are the functions of ward committees?

The ward committee will be regarded as the statutory structure recognised by the municipal council as its consultative body and communication channel on matters affecting the ward, including, but not limited to:

Ward committees are chaired by the ward councillor. They are meant to be an institutionalised channel of communication and interaction between communities and municipalities.

Wards give community members the opportunity to express their needs, their opinions on issues that affect their lives and to have them heard at the municipal level via the ward councillor. Wards are advisory bodies created within the sphere of civil society to assist the ward councillor in carrying out his or her mandate in the most democratic manner possible.