"When we unite around our diversity and celebrate our uniqueness, then we will be able to achieve anything as a country. We need to stop allowing individuals and organisations to divide us. We have far more in common than we think. Let’s focus on our strengths. We are worth it" 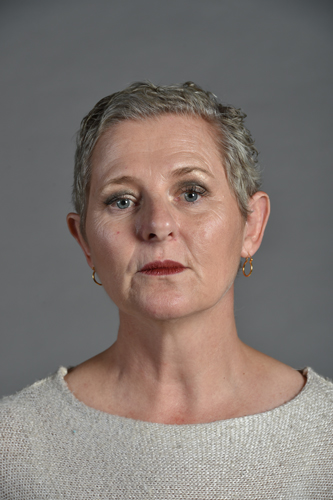 I joined the DA as a member around 2007 but only got active in 2009. I had moved to Aberdeen, a small town in the Eastern Cape just before the 2009 General Elections. There was nobody in the town who was actively working on behalf of the DA. So, I formed a branch and was elected as the Chairperson. In 2011, I stood as a Councillor and was elected. I was re-elected in 2016 and served as the Portfolio Chairperson on Corporate Services and on the Executive Committee of the Dr Beyers Naude Local Municipality. I applied to become an MP in 2019. I am very active in the Party as I serve on the Eastern Cape Provincial Council and the Provincial Disciplinary Committee.

I am the Shadow Deputy Minister of Public Works and Infrastructure. My work requires me to do oversight on the Executive, Public Works projects, as well as on the various entities that report to the Department. We will be developing policy and legislation over the next five years. As a DA MP, I have been assigned to a Constituency where I am required to provide political leadership and to speak on behalf of the people in that area at a national level. Coming from a rural area, I find it extremely important to highlight the issues from my Constituency. I enjoy the working environment immensely. It is an incredible honour to work in Parliament. The precinct itself is magnificent. It is also extremely challenging and stimulating to be working at a national level. I am thoroughly enjoying my Portfolio and am excited by the opportunity to learn.

We need to increase the levels of accountability of the Executive to Parliament. The need to account was severely lacking in the 5th Parliament. We need to ensure that all new legislation passed by this Parliament is focused on job creation and economic growth. I hope to educate people about the workings of government and Parliament in order to increase the interest of voters in politics.

Lack of discipline is an issue. This is often used to obfuscate and ensure that political agendas are enforced. In other words, attention is drawn away from critical issues by bad behavior. Not all MPs take their work seriously – some are there purely for the perks and benefits. This creates a bad impression and reduces the confidence of the people in Parliament. The Executive have not been properly accountable to Parliament over the past few years and this makes the oversight work of Parliament extremely difficult. There is no punitive or enforcement mechanisms to ensure that Ministers and Deputy Ministers report to Parliament, answer questions properly and submit to oversight. Proper enforcement of the rules of Parliament will ensure better discipline. In addition, there needs to be uniformity in the application of the rules. Ministers and Deputy Ministers who fail to attend Parliamentary sessions should be castigated publicly. Nobody should be above the law.

Which Constituency Office have you been assigned to? Can you give examples of Constituency work you engaged in? I have been assigned to the Dr Beyers Naude Constituency in the Eastern Cape. I work closely with my Councillors and Activists doing party work like door to door, info tables, membership drives. I meet with Constituents to discuss their issues and then drive those issues at a national or provincial level, where necessary.

No. Because there is nothing that forces the Executive to account. They operate with impunity.
There should be some measure of punitive action that could be taken to ensure the Ministers attend Parliamentary question sessions and respond to questions for written reply. There is a list of Ministers who do not respond to written questions. But there is nothing that compels them to respond. MPs need to be more professional in their approach to Ministers to ensure that there is a cordial relationship.

Are you happy with the proportional representation system or are you in favor of electoral reform? I believe that the greatest flaw of the PR system is that it removes personal accountability. People do not have the opportunity to directly elect their representatives. This means that they are not able to hold their representatives to account. Direct elections would be a better means of providing people with public reps that they choose.

Direct elections would make people more involved and interested in Parliament. However, failing that, Public Reps need to better represent citizens in Parliament. The average citizen has a limited knowledge around the functioning of Parliament and the work done there. Public Reps and Parliament should endeavor to educate people as much as possible as to the machinations for Parliament and the work being done there. MPs should ensure that they drive their Constituency issues as much as possible so that citizens can see the work being done on their behalf.

My message to South Africa is: When we unite around our diversity and celebrate our uniqueness, then we will be able to achieve anything as a country. We need to stop allowing individuals and organisations to divide us. We have far more in common than we think. Let’s focus on our strengths. We are worth it.

To learn more about this Member, visit her profile.