"We may be a country faced with many problems, but we must remain hopeful and convinced that we can create a society in which all of us, if we work hard, can have a fair chance of succeeding and realise our dreams." 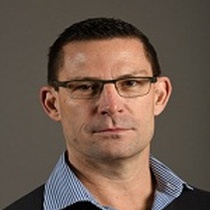 I served as a councillor of the DA in the Mangaung Metro between 2006 and 2014, and became a Member of Parliament in the National Assembly thereafter. My involvement with politics and the decision to become a public representative was and is still motivated by my firm belief that if we are to build a South Africa where every citizen has a fair chance to succeed in life, we must strengthen governance and governance structures in such a manner would assist and enable development and economic growth.

The duties of Members of Parliament in the National Assembly, who are not part of the Executive, is threefold: Firstly, one serves in portfolio and other committees of Parliament where the task is to hold the Executive accountable and to process draft legislation before it is debated and voted on in the House. Secondly, you are allocated a constituency by your party, where you are expected to assist residents with queries and to work with other public representatives in the other two spheres of government to try and ensure service delivery. Thirdly, you have a duty towards your political party, which entails serving in and building structures to ensure its functionality and ensure growth.

What are your or your party's aspirations/plans for the Sixth Parliament? Being the official opposition the DA strives to hold the Executive to account while working towards strengthening our constitutional democracy and setting the agenda of Parliament in such a manner that governance and economic failures and weaknesses are addressed.

Which Constituency Office have you been assigned to? Can you give examples of Constituency work you engaged in? I am responsible for the Mangaung West Constituency. My constituency work typically centres on assisting residents with service delivery queries dealing with national departments like Home Affairs, the South African Police Service, the South African Social Security Agency and Education. Given the massive service delivery failures of the Mangaung Metro over the last few years I also deal with many enquiries of residents who bear the brunt of the collapse in delivery of basic services from the Metro.

Does Parliament do a good job of holding the Executive to account? If not, what can be done to improve this? In addition to having Members elected directly by constituencies, as aforementioned, I believe a number of other measures can ensure that members of the Executive are held accountable more effectively. Questions and Reply sessions to the Executive would be much more effective as a measure of holding the Executive to account if Ministers are allowed to answer any follow-up questions, rather than only questions directly linked to the original question. The unwillingness of presiding officers to direct members of the Executive not to evade and obfuscate when answering oral questions, is also a massive factor preventing Members of Parliament from properly scrutinising executive action.

Are you happy with the proportional representation system or are you in favor of electoral reform? As aforesaid, I believe our democracy will only be strengthened if the way in which Members are elected is changed.

What can be done to get citizens more interested/ involved in Parliament? Is this an area where Parliament can improve and if so, what recommendations do you have? What are you passionate about? This applies both in political/ professional arena as well as personally? I believe citizens will be more interested in participatory democracy if there is ample evidence that their opinions are taken seriously. I would, for example, want to see that all members of the public who comment on bills and draft budgets, even those who are not invited to give a formal representation at public hearings, must be informed formally, in writing, on what the outcome of the process of consideration of their input was, and if their proposals are not incorporated, reasons must be supplied.

What is your message to South Africa? We may be a country faced with many problems, but we must remain hopeful and convinced that we can create a society in which all of us, if we work hard, can have a fair chance of succeeding and realise our dreams.