"What I urge South Africans to fight for is the identification of shared values, mutual respect and unity of purpose." 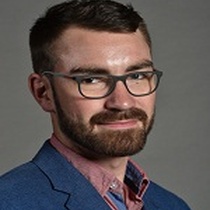 My first recollection of politics is the lunchtime conversations I would have with my aunt, a Progressive Party stalwart, at family gatherings where she would talk to me for hours on end about this gentleman by the name of Tony Leon. Thereafter, I found out that Tony Leon was, in fact, the leader of the Democratic Alliance (DA), this piqued my interest in politics and I set out to join the party, however, I would have to wait as my town did not have an active DA Youth Structure. I only became involved in active politics at age 18 when I was studying at the University of Pretoria where I joined the Democratic Alliance Students’ Organisation (DASO). During my time at DASO, I was elected Branch Leader and led us to our first-ever Student Representative Council (SRC) election Majority in 2013. In 2014 I graduated from the DA Young Leaders Programme. Moreover, I developed a keen interest in the moral philosophy of John Rawls at university which helped shaped my worldview and political beliefs. I believe this foundation led me to become the politician I am today. After graduating with my Bachelor of Political Science in 2014, I was in search of employment and ended up working as a Constituency Officer in Benoni/Etwatwa area after the local MPL offered me an opportunity for growth and development. I served in that role for almost 2 years until I became the youngest Councillor ever (at the time) in the City of Ekurhuleni at age 22. During my time as a Councillor, I decided to upskill myself and earned my Postgraduate Diploma in Business Administration at the Wits Business School whilst I served as the DA’s Shadow MMC for Economic Development. In mid-2018 I decided to throw my hat in the ring for our internal National and Provincial Election (NPE) lists and was fortunate enough to be elected to the National Assembly where I currently serve as the DA’s Shadow Deputy Minister for Trade, Industry and Economic Development. I am currently working towards the completion of my Master of Management with a focus on economic policy at the Wits School of Governance

There are three facets to serving as an MP namely; legislative work, constituency work and party-political campaigning. Firstly, my legislative work entails attending portfolio committee meetings where we scrutinise financial reports, legislation and executive office-bearers. Also, we attend sittings in the National Assembly where we discuss and resolve contemporary issues facing our country. Legislative work also takes shapes in the form of submitting questions, delivering motions and members statements as well as delivering speeches in the house. Secondly, a large part of our work is constituency-based where we are expected to liaise with and assist our voters in solving critical service delivery matters affecting them. It is of paramount importance that our residents ‘see and feel’ their public representatives working on their behalf – as we serve where we do because of them. Thirdly, our party requires us to knock on doors, speak to voters and drive our party’s message in our assigned communities. This often involves many long days and sleepless nights but it is well worth it when we see the positive results our DA-led governments have achieved. I most enjoy seeing South Africans’ issues resolved by applying pressure on the executive to deliver on their mandate. It is a great privilege to be able to play a role in making South Africans lives that little bit better.

Our aspirations as the DA are to contribute towards re-building South Africa after 9 years of State Capture that saw our country plunged into economic crisis, social unrest and rising levels of inequality. Practically, the DA plans to table a Jobs Private Members Bill (PMB) Cheaper Energy PMB, champion labour legislation reform, oppose any changes to the Reserve Bank’s independence and mandate, propose alternatives to the current State Owned Entity (SOE) model and oppose the NHI Bill and expropriation of property without compensation.

I would like to focus on two issues in particular namely; partisanship and political will. In terms of partisanship, it is well documented that there are ideological differences between parties. However, this does not mean that where there are issues of common interest that parties cannot come together and do what is best for South Africans. A great example of this is the last motion of no confidence in President Zuma during the 5th Parliament where parties across the ideological spectrum voted in favour of removing an individual that did not execute the duties of his office appropriately. Concerning political will, it will be telling to see whether or not the economic lunacy of prescribing assets, expropriation without compensation and amending of the South African Reserve Bank’s (SARB) will be fended off. It is up to the governing party’s members in the National Assembly to act as a bulwark against economic ruin by stepping up to the plate and making the difficult decisions that South Africa needs to move forward.

I am assigned to the Daveyton-Etwatwa constituency in the City of Ekurhuleni. It is a great honour to continue to serve the residents in the area where I served as a Councillor. An issue I am currently driving is the electrification of Lindelani Informal Settlement where residents have had little to no basic services for the past 20 years. I have completed several site visits in the area to meet with the community, tabled a members’ statement in the National Assembly as well as submitted questions to the relevant Minister to intervene in this matter. Thus far, I have not been successful in receiving an appropriate response and set of actions. Therefore, I have written to the South African Human Rights Commission (SAHRC) in the hope that they can deliver a just and equitable outcome to the people of Lindelani.

If you look at issues such as ‘President Zuma’s Nkandla Homestead’ and ‘State Capture’ there have been some instances where parliament has played an effective accountability role. However, this has not proven to be enough. I believe that a move towards the right direction starts at a more fundamental level – the portfolio committee. This is where I think a format change needs to occur. MPs need to be given ample time to cross-examine departmental officials and the executive in a prosecutorial manner - similar to the US Congress. I am of the view that this would vastly improve the responses we receive and limit the ability of the executive to ‘duck and dive’.

I think there are benefits to the proportional representation (PR) electoral system such as broader political representation amongst parties and a greater devolution of power to voters. However, the PR system does allow too much room for party bosses to influence list selections processes. Furthermore, the PR system removes the direct level of accountability that voters experience in a constituency-based system. In summary, I am in favour of a mixed electoral system in which there are a proportion of MPs that are directly elected by their constituencies and others who are elected from a list. This is not dissimilar from how local government is structured in South Africa.

What can be done to get citizens more interested/involved in Parliament? Is this an area where Parliament can improve and if so, what recommendations do you have? What are you passionate about? This applies both in political/professional arena as well as personally?

With the excitement of the 5th Parliament’s antics, South Africans more than ever before, tuned in to watch Parliament TV and attended sittings of the house. This progress was notable but brought the public to participating largely because of the theatrics in the house. What we need is a more credible and participatory democratic process in which members of the public become more civically engaged. This entails the active recruitment of South Africans to attend committee meetings, sittings of the house and other official engagements related to Parliament. The public must know where, how and who is spending their hard-earned taxpayers’ money – it is in their interest to do so. I am passionate about the economic issues facing our country. With more than 10 million people unemployed and a large proportion of those 10 million under 35, the appropriate policies must be fashioned and selected to bring about economic revival. It is a universal truth that a country cannot improve its economic situation without growth and development. How our government is structured, resources allocated and decisions made must be done so with increasing employment and minimising inequality as its cornerstone. On a personal note, I am an avid watcher of football and support Manchester City FC, a keen antiques collector and spend most of my free time watching historical documentaries.

What is your message to South Africa? South Africa is at a tipping point in its history, either we participate in making the correct choices that will lead us into a prosperous future or we stand back and allow the incorrect choices to lead us down the path of destruction. With extremism rife on both the right and left of the political spectrum, we must try even harder to bring out the intrinsic good in one another. There is no benefit in allowing South Africans to retreat into their racial laagers. What I urge South Africans to fight for is the identification of shared values, mutual respect and unity of purpose. These key elements are our path towards social harmony and prosperity.