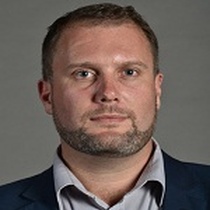 What is your Political background?

My first involvement in politics was in the 2000 election and I was still a school kid at that time and my main task was to do all the menial work of assisting in the elections. I was also involved in politics as a student where I would help when there are elections around and I was basically a volunteer at that stage. I applied for an intern position with the Democratic Alliance (DA) in 2005 in the Mpumalanga Legislature and I got that position and started in January 2006. The intern focus of this intern position was to any administrative work. I then moved up the ranks and ended up doing the research and the media work for the DA caucus in Mpumalanga Legislature. I also more involved in the party’s structures as well and in 2009 I worked on a document that I presented to the party in Mpumalanga and this was accepted. The document detailed a number of things including how the party would approach challenges facing the province and the goals to be achieved.

I was appointed as a provincial director for the DA in 2009 and at that time I was only 23 years old. I went through the 2009 national elections. Then an opportunity arose in the Western Cape and I ended up moving to the Western Cape Province as a regional manager for the DA. My main responsibility here was on the operational side of the party in the province and this was building my profile in the party and public at large. I was responsible for running the Western Cape elections campaign in 2014, which is where we got over 60% of the votes and I was fortunate enough to become the Member of the National Council of Provinces (NCOP) and I was the first member that missed out on going to the National Assembly (NA) list. I was elected as the Chairperson of the East Region in the Western Cape in 2015 and I was responsible for driving the political agenda in the area. My direct responsible in terms of constituencies were George and Knysna.

What does my job as MP involve in detailed?

My main responsibility as a Member of Parliament is to attend to all the problems that are encountered by people in my constituencies. Mondays and weekends are mostly for constituency and I usually found in my constituency office. Tuesdays and Wednesdays are usually for attending committee meetings and I serve in various select committees including Select Committee on Economic Development and Select Committee on Trade and International Relations. It is unfortunate that not a lot of people are aware of the role of the NCOP. We also conduct oversight over government departments and conducting public hearings when the legislation is about to being passed. One of the advantages of being in the NCOP is that you do tend to move around more frequently and this exposes you to different people and also makes you to see how things are happening on the ground

What is your impression of serving in Parliament so far?

It is clear that I got involved in Parliament at the very interesting stage in our democracy. There is a lot of anger and unhappiness at the moment in our country and this does not always get projected in the best manner and this is where it is the responsibility of Members of Parliament. It seems like a lot of people are talking a lot more about Parliament now. I like how people are starting to engage with one another more and more across the country. It is sometimes frustrating how Parliament how been operating but it also makes people to be more interested in politics which means they are likely to make informed choices on who should choose their leaders. The fifth Parliament is part of the maturing of our democracy and this is a generation of MPs that would need to address that problem of anger and unhappiness

I used to serve in the Knysna and Oudtshoorn constituency area in the region of the Western Cape. Oudtshoorn was always in the news for all the wrong reasons including the lack of political stability. The municipality was even put under the administration. However, within a year we ran a campaign and we won 12 out of the 12 wards and we took 6 wards from other political parties and won an outright majority by getting 14 out of the 25 seats in the area. We managed to maintain political stability in the area and this was able to translate to better quality service delivery to the people. Local government is about doing the basics right and do whatever you are supposed to do in “getting your hands dirty” and deliver the service to the people. I now serve in the Eden and Mossel Bay constituency areas.

What are you passionate about? This applies both in a political/professional and personal?

My message to South Africans:

I would say that people should pay very special attention to what is going on in politics because it affects everything. I would also encourage people to talk to one another and not talk in anger or passion but critically evaluating every part and public representative that is out there. I honestly think a lot of people would reconsider how they are voting immediately when they start evaluating what is going on in each and every ward or municipality. People should also take the power that they have in their votes and use it to hold politicians to account.