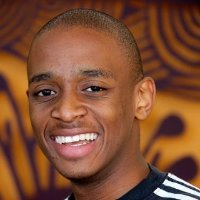 I joined politics back in 2008 when I was at Rhodes University. I founded the DA Students Organisation at the time to be a hub representing student interests on the campus. It was truly fulfilling as we got involved in the greater Makhanda (Grahamstown) City Council with a focus on student life and students safety.

From there I was elected as a City Councillor in eThekwini (Durban) for three years, before serving a term in the KZN Provincial Legislature.

My focus has been on local government and human settlements previously. However I am now serving on the Tourism Portfolio Committee. I have a specific passion in ensuring that in everything we do, we create jobs and honour our duty to having social, economic and environmental justice for all people.

My job entails two broad aspects of 1) representing people and 2) creating oversight on the Tourism Department.

Few people have the privilege to serve in Parliament, and therefore it is critical that I speak for those who don’t have the power to speak in such chambers, and to ensure that the commitments made with the people’s money by the government are met.

What are yours or your party's aspirations/plans for the Sixth Parliament?

It is important for us to make sure that we put the necessary pressure on the African National Congress (ANC) government to make the right decisions to save South Africa from declining. This means working with the public to build a movement that contributes to putting forward an alternative plan to get South Africa working again, creating jobs, bringing freedom to those who have not experienced it and bringing justice to all. We must force the ANC government to build a country for all by holding the government to account, and bringing forward the ideas that will do.

We do this in a number of ways, through asking the right questions, making the right statements, ensuring Ministers and government officials fear running an ineffective department. And making sure we contribute to building a capable state through a parliament which bites and has teeth. The DA will be part of those who fight for a robust Parliament.

There remains a strong culture of slow action, of Presiding Officers protecting the President and Ministers instead of holding them to account. This culture has created inertia to change where everything is always business as usual. Parliament needs to be less rigid, and more robust in holding the Executive accountable. That must be the overriding responsibility together with legislating. Parliamentarians must stop being comfortable in their positions, and return to their mandate.

eThekwini, in the Inanda, Ntuzuma and KwaMashu area. This area has a wide prevalence of social issues such as unemployment, poverty, and crime, in particular violence against women and children. There are also significant challenges with basic services for the community such as electricity, water and housing.

Working together with Councillors in the area, we are using every means necessary to ensure that a fair housing allocation is made for the little housing projects in the area, highlighting the greater need for more housing for the many impoverished. Another important project is the lack of resources at the local police stations, which has lost the wave against crime. This must be met with the necessary social investments and growth of business in the area so that we change the lives of the many in the area. We are using every platform necessary to force government to make the necessary resource and expert interventions in SAPS, Social Development and small business development in the area.

Change the organisational culture to one where we protect Members of Parliament instead of Ministers. This means taking away the aura around Members of the Executive which makes them seem bigger than who they are. They are servants to the people, not our masters. It means also putting country over party, and choosing South Africa more than our own political parties because we serve for a far greater reason.

I am in favour of a mixed system which incorporates both the advantages of proportional representation and direct election.

What can be done to get citizens more interested/ involved in Parliament? Is this an area where Parliament can improve and if so, what recommendations do you have? What are you passionate about? This applies both in political/ professional arena as well as personally.

Making sure that Parliament is more relevant in its debate and how it communicates and involves people. Making sure there is greater generational mix in decision making especially for such a young country like South Africa. The last one is focusing more on how to support the private enterprise and passions of people instead of relying on government to be in control of everything.

Imagine a Parliament that forces a red-tape Commission so that they force Cabinet to make it easier for small business to thrive and jobs to be created. A Parliament that speaks directly to the challenges that young people have when they leave school, and business to try and sell something to start a business and one that holds online public hearings as well because they know young people are online and they can involve far more people in the debate. This is but one example.

Through my official webpage, hlangananigumbi.com, I am trying to begin using these techniques for people to access my work and be more involved in Parliament.

Fight for your country, your rights and your freedom, and never stop. In the end, liberty always WINS!