"We can become a winning nation if we unleash the creative power of the individual." 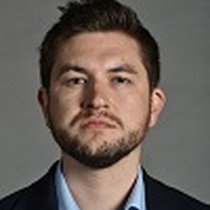 From an early age I had an unusual interest in politics. I think I was drawn to the ability of strong and resourceful leaders to change institutions for the better, or more often, to avert disaster. My earliest form of political activism started at age 11. I fervently wrote letters to newspapers, and a few of them were actually published. I went on to study law at the University of Pretoria, and co-founded the first branch of the DA Students Organisation (DASO) on the campus. I later became involved in local politics, and in 2011 I was elected as a DA councillor in the Tshwane Metro. Following the 2016 local government elections, the DA became the largest party in the Tshwane Metro, and I was appointed Member of the Mayoral Committee for Corporate and Shared Services. The portfolio is at the heart of municipal governance, and prepared me well for my position as MP serving on the portfolio committee of Cooperative Governance and Traditional Affairs.

My job in Parliament I believe entails speaking for honest, hardworking people of all backgrounds, including people who are desperate to find work. For me it is important to use all avenues available to an MP - debates, motions, questions to the executive, committee meetings, and the lawmaking process - to ensure that laws and government action encourage instead of stifle the creative power of individuals. Collectivist and tribal thinking has always been predominant in South African politics in one way or the other. It shapes public policy to this day. And it always subordinates the individual to the interests of some group elite. The most persistent lie that has been told to South Africans, and the cause of many government failures, is that our society is a zero-sum game between workers and employers, between black and white, between immigrants and citizens, or whatever group-versus-group best suits the people who are really wielding the power. Think of laws that compel businesses to impose racial quotas on their workforce, procurement, or shareholding, or policies that promote civil servants on grounds of party affiliation instead of competence. Think also of public sector unions who block good teachers from becoming headmasters, and in other instances use their political influence to prevent much-needed economic reforms. Over time these policies and the worldview that informs them deprive honest, hardworking people of the fruits of investment, innovation, growth, employment, and the other benefits of a free and open society. Against this record of historical failure is a case for electing governments and making laws that place the individual - not the group, the tribe, or a “representative” elite - at the centre of society. Whenever I am able to bring home this message in Parliament, I feel like my time here is worthwhile.

The DA is determined to break the ANC government’s chokehold on the economy. Earlier this year the Leader of the Opposition announced the DA’s economic recovery plan, and this is our main focus. We have to find ways of cutting the public sector wage bill, otherwise far more people who do not work for government will be out of a job in the near future. A household can live beyond its means, but only for a limited period of time. The same is true for governments - in more precise terms, government cannot for long live beyond the means of taxpayers. We have to stop the ANC passing laws that will destroy the wealth-making ability of the South African people, including plans to dilute private property rights, nationalise private healthcare, and force pension funds to bail out bankrupt state-owned entities like Eskom and SAA. These entities need to be restructured, and in case of SAA it should be allowed to go into business rescue (and to fail, if need be) instead of pulling the whole state into bankruptcy. Lastly, energy laws have to be reformed to unshackle independent power producers. In my own portfolio as DA Deputy Shadow Minister of Cooperative Governance, we will ensure that nobody forgets about the more than R1 billion in municipal funds lost in the collapse of VBS Mutual Bank. The officials who were responsible for the deposits must never work for government again, although some of them are in fact trying to escape accountability. We will also make sure that voters know ahead of the 2021 local government election which Mayors, councillors, and parties are responsible for destroying service delivery in their communities.

There are a number of reforms that have to be made to Parliament’s rules and orders to ensure the institution becomes more effective, especially after the Nkandla judgment of the Constitutional Court. Nobody knows more about this than the Chief Whip of the Opposition, and he will be able to give a more comprehensive response to this question than a newly minted MP. But from my few months here I see two reforms as crucial. We need clear sanctions against ministers who do not give substantive answers to parliamentary questions for months on end, or who give vague or evasive answers. If he had attended the last oral questions session of the governance cluster, President Ramaphosa would have been embarrassed by the sloppy and indifferent performance of his ministers (at least those who bothered to attend themselves, instead of sending their deputies). A few of us would also like to see that MPs in committees be allowed to ask “rapid-fire” questions to civil servants who appear before us. Too often answers are fudged and facts obfuscated when officials are allowed to answer several questions at once, instead of one-on-one.

My constituency comprises Centurion, Laudium, and Olievenhoutbosch in Gauteng. Some of the worst performing police stations in the province are found in these communities. I have discovered that very few of these stations have enough cars in working order to do proper patrols - this is in fact a country-wide phenomenon. They also do not have enough holding cells, and so police are deterred from apprehending suspects. I have submitted questions to the minister of police to determine the nature and extent of these problems. My working theory is that some dodgy tender has been awarded for the maintenance and repair of vehicles, and I want to know the details. The second issue my constituents feel strongly about is that they should not be compelled to receive their medical care from government. The failure of public hospitals due to reasons other than a lack of money justifies their opposition to the nationalisation of private healthcare. So I am encouraging as many people as possible to comment on the National Health Insurance Bill that is currently before the Portfolio Committee on Health.

Parliament has a number of savvy and experienced Members who know how to use its rules and orders to devastating effect against corrupt and incompetent government. This is how, for example, the DA front-bencher Haniff Hoosen uncovered the fraud behind the Guptas’ SA citizenship. Today the former Home Affairs minister is neither a Minister nor an MP, in part due to another MP doing his job. But good MPs are undermined by Speakers and presiding officers who care more about protecting their parties, and the executive, than fulfilling their constitutional duties. In the Nkandla case the Constitutional Court castigated Parliament for its failure to hold the executive to account, and the judgment should prompt a serious review of the way Parliament does its business, but also how presiding officers respond to the legitimate efforts by especially opposition MPs to hold government to account.

I agree with the principle of proportional representation, namely that a political party must receive a number of seats proportionate to its share of the vote. But, reform is needed to encourage parties to elect strong candidates who are not afraid to follow their conscience, and speak for their voters regardless of their party line. This can be done without discarding proportional representation. In municipal councils we have a mixed system of proportional representation and constituencies (wards, as they are known). The system is designed in such a way that communities elect their representative, who can be an independent or affiliated to a party. But the overall number of seats still reflect a party’s share of the vote. We might need to consider such a system once we have attended to more pressing economic and constitutional problems.

Parliament will be more interesting, and by extension more accessible, if it is made more effective. If people know that when an MP asks a question, the President or one of his ministers will be compelled to give a truthful, precise, and prompt reply then the value of the institution will increase in the public mind. Compelling the powerful to speak the truth, and to speak it often, is Parliament’s proverbial superpower. Focus on enhancing that power, and the rest will follow.

We can become a winning nation if we unleash the creative power of the individual, if we stand up to elites who pretend to speak on behalf of a group or tribe, but in fact are only lining their own pockets. We have more in common as South Africans, and as human beings, than we now imagine. Once we discover and serve the interests and the values most of us share - being one’s own person, working hard, taking responsibility, using opportunities to move up in life - then we can overcome poverty, lawlessness, social discord, corruption, and all the other afflictions of living in South Africa in 2019.