Important dates on the parliamentary calendar so far 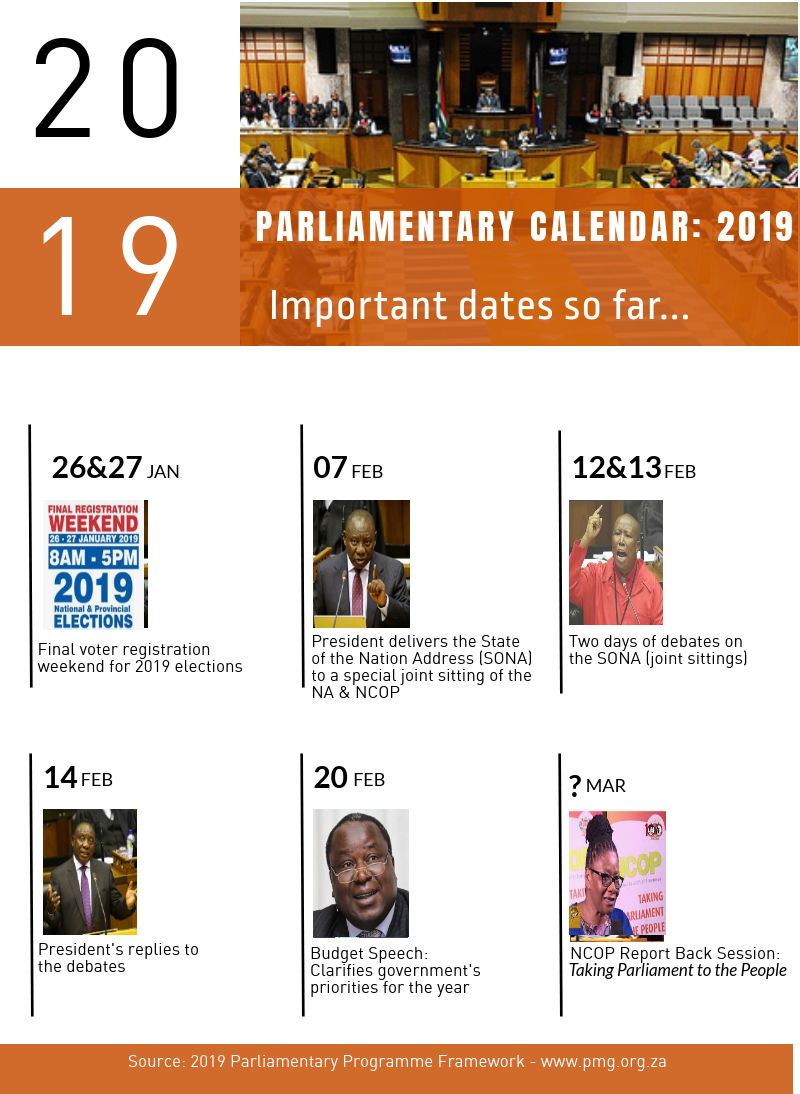 On 20 February the Minister of Finance, Tito Mboweni will deliver the 2018 Budget Speech. This year, in addition to the focus on South Africa’s growth forecast and inflation rate, the Minister will probably focus on much publicised issues such as education, the unemployment rate and how to plug the budget shortfall.

Other highlights on the parliamentary programme include the last voter registration weekend scheduled for 26 and 27 January 2019. Although the date has not yet been finalised, the 2019 general elections will take place in May 2019. .