Get To Know Hlengiwe Mkhaliphi 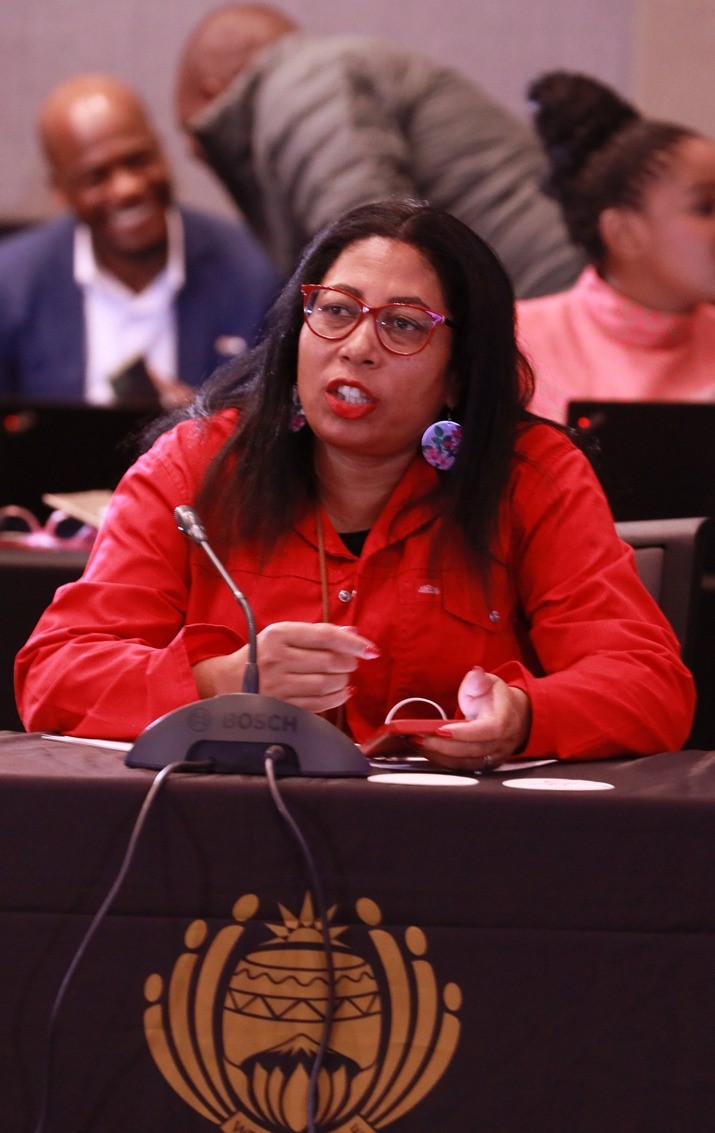 When the Clarion call was made and the decision was taken to form Economic Freedom Fighters in Uncle Tom Hall in Soweto on July 26, 2013.

My goal is to fight as per the 7 Cardinal pillars of EFF and achieve it.

My job is to represent the poorest of the poor and become their voice. What I find challenging is that, since their control, the ruling party's departments don’t care to resolve those issues. I go to the downtrodden and see issues of poor housing, no water ,no electricity, issues of exploitation of workers by capitalist employers, Sassa issues, poor people needing food for their families, racism at school etc.

My constituency is in North West in Mafikeng. I attend to issues such as lack of water, StatsSA census field workers who have not been paid, and service delivery issues.

There must be a People's Parliament. Parliament must spend their time listening to the people, and implement what people have suggested. An active Parliament is what this country needs, not the elitist Parliament that we have currently. Secrete ballot must be used on matters that need serious decision, such as vote of no confidence against President Cyril Ramaphosa. Speakers' discretion must not be on the rules of Parliament .

Personally I am passionate about helping the working class and the poor. Professionally, my work is informed by my passion to represent poor persons.

All social issues are my concern. Issues that affect children, women, the working class, and the downtrodden in any aspect of life are my concerns.

Firstly, Parliament must be opened and attendance must be physical. We want to hold the Executive accountable. We have introduced Bills aimed at moving Parliament out of Cape Town, a bill for insourcing, a bill for the cancellation of student debt ill, and a bill for the opening of clinics for 24 hours, which was rejected by the ANC. We will continue to introduce more bills that seek to address issues that affect poor people. We will continue to robustly hold the Executive accountable until we take over.

The head of the institution is biased and fails to protect the institution, but instead protects her political party. We will continue to fight her until Parliament does the right thing.

Read more about this Member of Parliament on her profile.