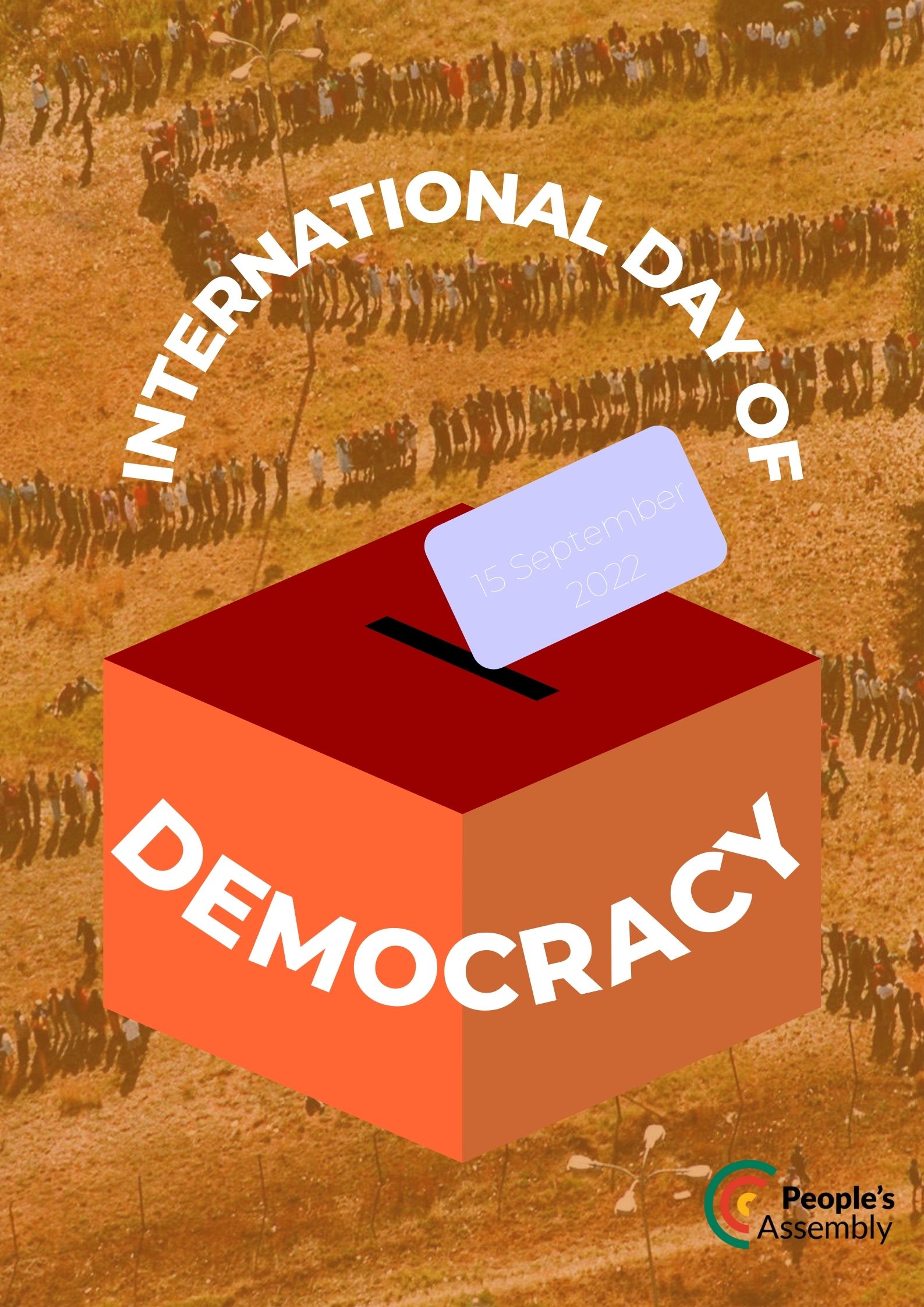 Between 1994 and 1996, various roleplayers, including the democratically elected Constitutional Assembly, Parliament, and the Constitutional Court, negotiated the South African Constitution. To this day, the Constitution that was produced has been regarded as one of the more progressive in the world, based on its extensive guarantees of equality, and emphasis on non-racialism and non-sexism, especially as discussed in the Bill of Rights. The Constitution has seven fundamental values that the state aims to uphold:

The Importance of Elections

Each of these pillars deserve to be analysed individually, but for the purpose of this article and the commemoration of International Day of Democracy, we will specifically focus on understanding ‘Democracy’ and its features. Democracy essentially refers to a political system in which all citizens have a right to say who governs the country and how they govern it. And while every country has a unique type of democracy, there are a few key features of democracy that are universally accepted.

The key features of democracy are:

The first democratic elections held in South Africa were held on 27 April 1994. It was the first time that all races were allowed an opportunity to vote for their political representatives. Through voting citizens participate in the decision making processes of the state, and determine for themselves who they would like to represent them. These elected representatives then make decisions and implement strategies on behalf of citizens. In South Africa, there are 3 types of elections. There are national, provincial and municipal elections which take place every five years.

Holding elections is not enough to ensure that a democracy is healthy, it is also necessary for the elections to be free and fair. This means that everyone who is eligible to vote can do so without interference. Further, all candidates and political parties should have an equal chance to assemble and campaign for support. Most importantly, a fair election requires a supporting state institution, such as the Independent Electoral Commission, that can administer the elections in a fair, legal and impartial way.

What Kind of Electoral System Does South Africa Have?

At a national and provincial level, we use a proportional representation (PR) voting system. This means that voters vote for a political party. According to the number of votes they receive, that party will obtain a share of seats within Parliament (and provincial legislatures) in direct proportion to their votes. It is then the party’s choice to determine which of their members fills that seat.

Calls for a national referendum on the electoral system have grown in recent years, but the debate on the electoral system is not new. At the moment, different players have begun speaking up about their concerns about the accountability deficit in the country. These conversations have been further enhanced by the discourse around the Electoral Amendment Bill, the Zondo recommendations, and the Defend Our Democracy conference. For example, Mcebisi Jonas spoke publicly about democratic renewal and the need for political reform. In his speech, he mentions ‘democratic backsliding’, which refers to the pillars of democracy growing weaker due to state representatives failing to implement effective measures of accountability and policy implementation. He cites attacks on the Constitution and Rule of Law, discrediting opposition parties, state-sponsored violence or intolerance against opposition parties, and the curtailment of democratic practices such as elections. In light of these discussions, election analysts such as Michael Atkins have argued that our current system needs to be changed, although the Electoral Amendment Bill being processed is believed to be unconstitutional in its current form. What do you think? If you believe that electoral reform is a vital part of sustaining South African democracy, you can track and comment on the bill here.