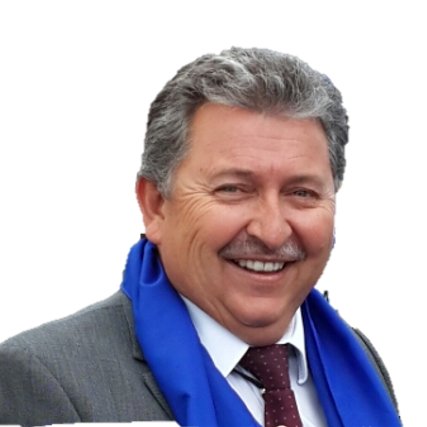 My first political stand was at the age of 16 during a Church Council Meeting shortly after I was appointed as the youngest deacon in SA in the Dutch Reformed Church (NGK). At the time, when I questioned the unwillingness of the Dutch Reformed Church to accept the Belhar Confession, a Christian Statement Belief written in Afrikaans and adopted by the Dutch Reformed Mission Church which expressed unity and non-segregation between Christians of different races. Needless to say that my Deaconship soon ended but rooted my belief in fairness and equal rights, access and opportunity. I was drawn to the new mood of reconciliation in our country and supported Wynand Malan’s: “(Afr:) Winde van Verandering” (movement of change) into forming the Democratic Party which later merged with other reform-minded parties & became the Democratic Alliance of today. 15 years later, after being appointed as elderly in the NGK once I married and moved to the West Coast, I did the same with the same consequence. Before becoming an MP in 2014, I was a Ward Councillor in Swartland Local Government and MayCo (MMC) for Finance & Economic Development. I also served as Portfolio Chairperson for Finance & Economic Development – during this time Swartland became the first Municipality in South Africa to attain three consecutive clean audit findings. As Ward Councillor, I improved support for the DA from 52% in 2004 to 93% in 2014 with a 73% voter participation. I acquired management skills as an entrepreneur & owner of businesses after completing my studies at Stellenbosch University. These skills came to good use in the political organisational environment from the time when I said “yes” to join ward committee meetings as Business Sector Representative 20 years ago, to now- serving in Parliament as a public representative for everyone.

Being an MP is an immense privilege. I serve mindful of the more than 40 000 votes which afforded me the opportunity. Since becoming a public representative I developed many new skills with valuable personal development and growth culminating into a high sense of meaningfulness compared to my previous occupation as a successful businessman. I enjoy the variety and change. Engagements and interactions with people, preparation and researching on topics as well as planning of campaign strategies, sharing ideas, driving solutions and more.

As the creator of an enabling environment it would be great if the 6th Parliament could deliver on the huge financial management challenges needed for growth and development towards full economic freedom for all South Africans. A major catalyst in the desire to achieve this involves much needed cooperation instead of the current trend of radicalism. Tolerance therefore, I would suggest, should be the aspiration to now connect with the freedom attained since 1994. The values of freedom together with tolerance will go a long way in establishing such an empowering environment – a sovereignty which should be experienced by every individual so that citizenship and pride can become the drivers of self-determination, choice & prosperity. As such, built of patriotism and companionship rather than repetitive cycles of victors through exploitation & dominance. What obstacles prevent Parliament from doing its work and how would you fix it? While deliberate sanctioning of parliamentary processes, misconduct and unruly behaviour pose a direct threat to Parliament’s operations, addressing various issues around parliamentary structure, processes and procedures, can improve the functioning of Parliament. These would include improvement in objectivity by appointment of someone from the judiciary as Speaker of the House and Chair at the NCOP. Improvement and extension of accountability will be attained by appointing opposition parties as chairpersons of all portfolio committees. This will improve responsibility and oversight. By fixing some Rules of Parliament around processing of Bills and amendments like the post-public participation phase with Section 76 Bills, frequently valuable input is received and gets tabled to National Assembly committees in the final round but which should be allowed for final consideration instead of mere ratification by the portfolio committee concerned in finalising a Bill or amendment before 2nd Reading before the House. Improved standards of facilitating debate and decision-making will be achieved by providing clarity on the format of committee reports and how minority views are presented in these documents.

I am most excited about my constituency Bergrivier, located along the West Coast in Western Cape and the service delivery progress which the combined council have achieved. Improvements and achievements can be attributed to the establishment of a participatory management culture in both the political and administrative parts of party political & municipal functions. A principled separation-of-powers-policy between political and administrative functions is maintained. The constituency office serves the community with over 70 different needs and is well visited on a daily basis. Coordination with each ward and branch structure functions well and regular activist training ensures continuous growth in number and activity. Themed campaigns like petitions, information tables and house meetings provide growth opportunity for involvement and connectivity to inhabitants of all the major towns, villages and farms. I spend my time in the constituency on a proportional basis amongst all wards and with councillors working amongst activists within every community. Ward committees are established and well-functioning with active public participation meetings during IDP, SDP & Budget processes. Inter-governmental cooperation and relations with adjacent municipalities and councils, the West Coast & Winelands Districts as well as provincial and national spheres of government is satisfactory. Together, we have consistently increased support to the DA and gradually expanded control over all the wards by serving everyone in the municipal area irrespective of political orientation.

Ample opportunity is provided through program planning in plenary sessions to engage and scrutinise the work of the Executive. Little effect however is achieved with the absence of Ministers- when they simply do not attend at these occasions. The bigger question to me around thoughts on improving effectiveness in holding Ministers accountable should include consideration of minimum number of attendance by Ministers to portfolio committee meetings and structured consultations with the opposition, which can capture many solutions into mainstream governance and management.

The principle of proportional representation remains a great one for democratic fairness, and should be maintained as such. Closely linked to proportional representation is the element of participation, establishing a democracy of substance which involves the spectrum of community rather than having an approach of “winner takes all”. Although by exception, the proportional representative system does create very sombre governance situations to any constituency in local government sphere when the majority of wards are governed by the minority. This situation can be addressed by a reform decision in the currently applied values of the proportional formula calculation. I am in favour of reform change in favour of a system where the constituency directly votes for their MP/L representative instead of voting solely for a party and then the party decides on the candidate. A premium of voter-decision-input should be awarded to the electorate on who their public representatives should be.

Involvement of citizens with Parliament should be a shared responsibility and can never be replaced by a pure administrative driven programme. The negative civic perception is a carryover of bad behaviour and impressions caused by irresponsible politicians from allegations of corruption, wasteful and irregular expenditure, to non-application of consequence management etc. all adding up to the reputational damage of SA, but Parliament in particular. Without doubt, Parliament’s image can be improved and, with that the impression of SA together with civic interest and trust. I am convinced that a lot can be achieved to change this perception through honest commitment & real involvement. Too much is focused on “getting in again” instead of improving citizens’ lives. Too much centres around staying in power instead of on the empowering the civic benefit cycle. I believe involvement is a natural consequence of mutual trust; something which happens when people experience attention and care.

Unexpected and unannounced, the Berlin wall came down in 1989. An occasion which rarely is recognised in having had an impact on us during the formative years of our democracy. So much more of our future had to be decided upon anew. Simply because of the absence of the big ideologies we had to work out the agenda, let alone the outcome, collectively, for ourselves. Twenty five years later, in a similar way, we are again challenged to decide on a new path. In a similar way as then, we have to develop the solution from amidst us as South Africans and present this plan as a product of the collective “us”. A similar occasion as then born from the dilemma that we need a plan by “us” for “us”. With a nation fast approaching the economically fatal fiscal cliff, all points to much needed commitment to join together because time is of the essence. I believe we can do this again, and find solutions to our problems, amongst and between everyone willing. Key to finding this acceptable agenda and suitable plan will be determined by the extent to which we value the “us”-construct. Working on this “us”-construct in this 6th Parliamentary term starts with me & a promise to work hard at finding common ground for the sake of a future. A vision of “us” in which your child is my child and your grand kids are my grand kids.