Bridging the Gap between MPs and constituents

The People’s Assembly website (www.pa.org.za) was launched in 2014 with a clear mandate: ‘connecting people with their representatives’. We have not stopped working towards developing and adding civic technology tools to that enhances that mandate. Little over a year ago we launched the ‘Write to an MP’ tool. It serves as an interactive tool that both increases ease of access to MPs, as well as provide MPs with the opportunity to interact with the public.

This is how it works:

We consciously decided not to promote the tool to get a clear idea of its usefulness; whether the public will understand how to use it; and also to assess the responses by MPs. The response has been great and the stats so far show: 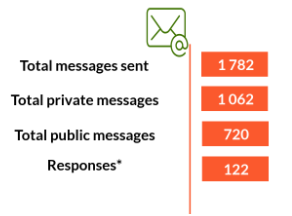 *Responses only visible on public messages

We would like MPs to make use of this tool to increase their visibility and accessibility by responding to the messages of support, queries and questions from the public. Unfortunately the response rate so far has been dismal despite sending emails to MPs mid 2018 to explain how it works.

Most of the messages relate to some element of service delivery such as home affairs queries, police cases/treatment, higher education funding queries, unfair labour practices, etc. MPs would rarely be able to solve the queries, but they can elevate it to the relevant departments and the weight of that referral will most probably lead to faster resolutions with greater accountability from government officials. See examples below: 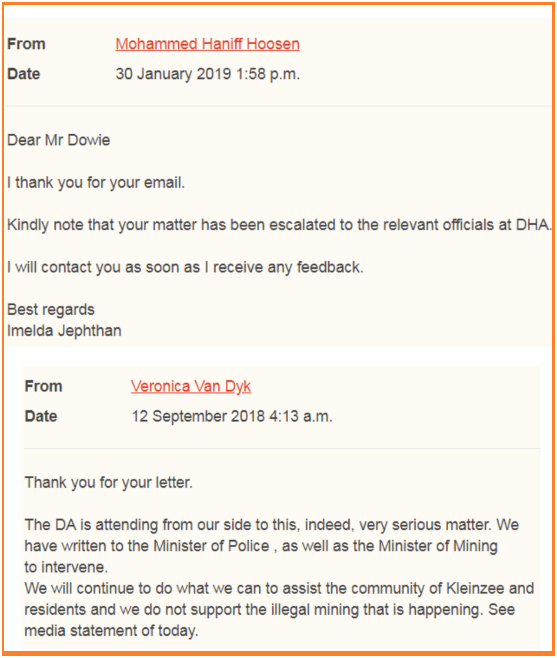 We have also noted that the majority of messages are sent to ministers, their deputies and EFF MPs – probably because of the visibility of the ministries and the reputation the EFF has built by intervening in much publicised labour-related cases. While many responses are automated responses, there have been those that consistently respond and follow up: 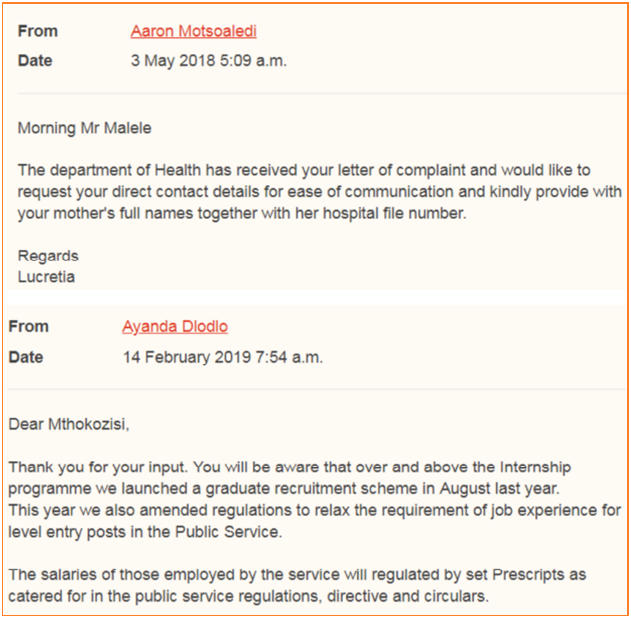 It provides a great opportunity for members of parliament, including the executive, to connect with the public; demonstrate the ability to resolve issues; and an opportunity to clarify government programmes and policies. For the fifth parliament, the public has been following debates in the House more closely; as well as riveting inquiries such as those into the SABC, Eskom and currently, State Capture. Citizens will often affirm position MPs take on certain issues and this tool can really serve as a barometer of constituents’ mindset. 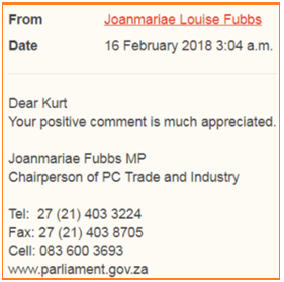 In a few weeks South Africans will go to the polls to vote and a few weeks after that we will get our first look at the sixth parliament that will be made up of returning members and those who will be sworn in as MPs for the very first time. For both groups, we want to urge members to use this forum to set a tone of responsiveness and accountability.