Get To Know Bantu Holomisa 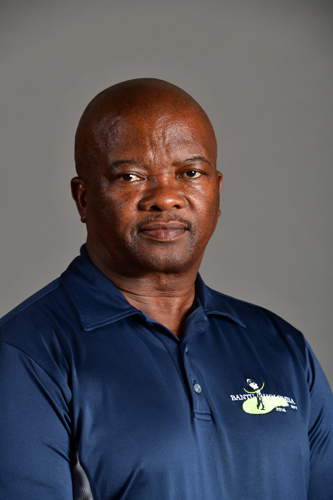 In 1996 I was expelled from the ANC after testifying at the Truth and Reconciliation Commission about issues and activities concerning the Transkei. I refused to retract my testimony arguing that my testimony was historical knowledge.I had then started the National Consultative Forum as a broad-based consultation with all South Africans on the need to start a new political party. At roughly the same time, Roelf Meyer had left the National Party to start the New Movement Process and we entered into negotiations and came to an agreement to merge paths. The United Democratic Movement (UDM) was launched on the 27th of September 1997. The UDM fought its first national and provincial elections in 1999 and I have been a Member of Parliament for the UDM since then.

I have had the privilege to be a Member of Parliament for quite some time and I have achieved many a goal, some bigger, some smaller. Therefore, and at the risk of sounding clichéd, my goal at the moment is to work towards being the most effective opposition the UDM can be and leading by example. For me this does not mean opposing everything for the sake of opposing but being a considered opposition and also to work together with other opposition parties in an effort to find a unifying spirit amongst the opposition.

For me the most important role that Parliament plays is that of oversight and I am most frustrated at the moment, because of the prolonged state of disaster, with the diminished presence and gravitas of Parliament and the lack of accountability of the Executive.Furthermore, our committee work has been frustrated by the hybrid system. In addition, I find the limited speaking time allotted to opposition parties during debates utterly frustrating as this waters down debate and our opportunity and ability to robustly engage the ruling party. Especially on matters where the UDM feel strongly about, such as service delivery, job creation, the revival of the economy, education, crime and lawlessness, the environment and health care in particular. I do however find constituency work rather rewarding i.e., engaging with the people of South Africa, whether it be in person or via something simple as a tweet. These engagements more often than not deliver some form of work where I am able to help the South African public with problems, big and small.

I am officially based at the UDM’s National Office in Pretoria, but I roam quite a lot and do quite a bit of work in the Eastern Cape, which is my home base and where I am from. Some of the smaller examples of constituency work are for instance, where I intervened on behalf of the Liliesleaf Farm Museum staff with the minister of Sports, Arts and Culture. I have written to the Minister of Correctional Services on behalf of hundreds of re-employed staff members, nationwide, who are concerned over their employment conditions; as well as to the Minister of Health on behalf of healthcare workers in the Eastern Cape who sought permanent employment from the Department of Health.In particular the UDM focusses on exposing corruption, and we battle quite hard to work towards having a clean government. For instance, we had agitated about the alleged corruption at the Public Investment Corporation (PIC), which in the end led to President Ramaphosa instituting the Mpati Commission of Inquiry, which in turn had vindicated the UDM.

Parliament needs to run an intense and sustained ownership/citizenship/patriotism drive, especially at schools, that will motivate people to at the very least feel the need to vote, if not take part in policy and legislation processes. But the rub lies therein that Parliament needs to step up its game, it is no use advertising a better South Africa, talking about accountability, if that accountability of the executive, government departments and State-Owned Enterprises is not a reality.

Climate change and nature conservation are pivotal issues over which I am actually quite passionate about, both professionally and personally. I played a leading role in the establishment of Champions of the Environment Foundation, (http://www.champions.org.za/) an autonomous and apolitical group formed to meet the urgent need for a coordinated campaign to heighten national awareness of environmental conservation issues and best practices benefiting South Africa. Some of Champions’ projects include:

For me, the old adage “charity begins at home” rings the truest. I therefore try to make a direct and tangible contribution to some of the social justice issues closest to my heart. Through the work of my annual Bantu Holomisa Charity Golf Day, we have done fundraising for the Efata School for the Blind and Deaf and the Empilweni Old Age Home and some other local charitiesin Mthatha in the Eastern Cape, since 2015.

For the past two years, due to the Covid-19 state of disaster, Parliament has been particularly ineffectual. Part of what must be immediately done is that Parliament needs to get back to full operation as soon as possible, hence the UDM’s joining other political parties in bringing about an earlier end to the state of disaster. But I agree with now Chief Justice Zondo in his assessment that Parliament is, or has been, failing in its oversight role. This is a difficult matter to address, since the UDM is not the ruling party, we are not responsible for the ruling party’s discipline and cannot determine their committee attendance and voting patterns. What we can determine are our own actions in the opposition and rally the opposition to act as a bloc; this we try to do on an ongoing basis.

To perform admirably in terms of our work in Parliamentary plenaries and committee work, which remain daunting tasks. As far as intraparty democracy milestones are concerned, the UDM will host its 6th national congress in December 2022, and we will of course gear the party’s internal machinery towards fighting the 2024 national and provincial elections.

For me, as a disciplinarian and military man, I find the lack of discipline and lack of respect for the law, rules, and regulations in general in South Africa highly frustrating and this permeates right to the highest offices of our country. It is also a pity that Parliament has become the victim of the ruling party’s infighting, which is a weakness in our representation system that is solely based on proportionality, rather than a constituency-based system, where there is greater accountability to the electorate.